Re-engagement drive up in smoke

LAST week’s protests, which drew a bloody crackdown by the state security apparatus and left 12 dead, dozens critically injured and hundreds in remand prisons, have dealt a major blow to President Emmerson Mnangagwa’s re-engagement efforts, while raising fresh questions around his legitimacy.

Source: Re-engagement drive up in smoke – The Zimbabwe Independent January 25, 2019 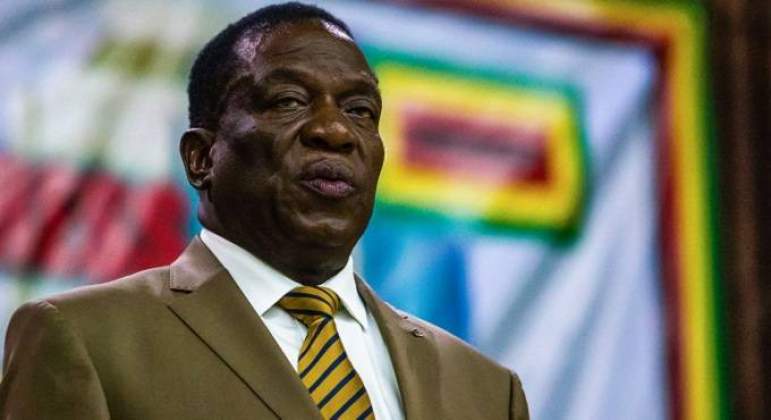 LAST week’s protests, which drew a bloody crackdown by the state security apparatus and left 12 dead, dozens critically injured and hundreds in remand prisons, have dealt a major blow to President Emmerson Mnangagwa’s re-engagement efforts, while raising fresh questions around his legitimacy.

The nationwide protests, characterised by destruction and looting of property, were sparked by government’s decision to increase the price of fuel by 150%, further burdening citizens who are still reeling from the effects of a 2% tax announced by Finance minister Mthuli Ncube in October last year.
Government unleashed armed soldiers and police on the protesters, culminating in deaths, injuries and arrests.

Scores of people from various suburbs, mainly in Harare and Bulawayo, were subjected to savage beatings, some in the dead of night, by security forces, a move which has drawn widespread global criticism.

But both the army and the police deny any involvement in the atrocities despite the fact that the perpetrators were seen in military fatigues as they hauled people out of their homes for savage beatings.

Police and the military blame the carnage on “rogue elements” who stole army uniforms — an explanation which has found very few takers.

This was worsened by government’s decision to disconnect internet connectivity, a move which was condemned by rights groups as a ploy to enable the authorities to carry out atrocities under the convenient cover of a blackout. The High Court struck down the directive this week, declaring it illegal.
Among those who have added their voices to the chorus of disapproval are the United States, United Kingdom and even the United Nations.

This does not bode well for Mnangagwa, given that Britain appears to be the most significant global power to have shown real interest in mending relations with Zimbabwe in the aftermath of last year’s general elections. There are also moves to restore Zimbabwe’s membership to the Commonwealth, a grouping of former British colonies and protectorates, from which Harare pulled out in 2004 when bilateral relations completely broke down.

Other major Western powers — namely the US, Canada, the EU bloc and Australia — after noting that the July 30 general elections did not satisfy minimum standards of credibility — have all said they would be very cautious in dealing with Zimbabwe.

The Zimbabwe Human Rights Commission has condemned the crackdown, pointing out that such heavy handedness will not solve the country’s myriad of challenges, but will only breed anger and resentment towards the government.

This comes soon after a commission of inquiry led by former South African president Kgalema Motlanthe into the August 1 post-election violence that resulted in the death of six people. The commission concluded that the security forces were responsible for the deaths.

This has had a devastating impact on Mnangagwa’s re-engagement drive which had gained momentum when he was swept into power on the back of a coup in November 2017 which ousted former president Robert Mugabe.

Mnangagwa quickly went all out to sell the message that his administration was the architect of a “new dispensation” and that the “Zimbabwe is open for business”, ostensibly a clean break from his predecessor’s toxic policies and gross economic mismanagement which left the country isolated, broke and ruined.

During his trips to Southern African Development Community countries such as Zambia, Mozambique, South Africa, Botswana and Namibia, Mnangagwa amplified this message. He also took his “Zimbabwe is open for business” gospel further afield, including to the World Economic Forum in Davos, Switzerland, in January last year and China.

Mnangagwa dispatched Foreign Affairs minister Sibusiso Moyo, who went to London as re-engagement efforts intensified. To revamp his image and reputation as a reformer and new leading light, Mnangagwa also granted interviews to influential overseas media houses such as the Financial Times, the British Broadcasting Corporation (BBC), New York Times and the Wall Street Journal, where he expounded on the narrative of a “new dispensation” and the country being “open for business”, which gained him favourable reviews. It paid dividends. This was demonstrated by his cozy relationship with the UK, Russia and China.

As a sign of the vastly improved relationship between Zimbabwe and the UK, the British government last year advanced a US$100 million loan through the Commonwealth Development Corporation (CDC), the UK’s development finance institution and Standard Chartered Bank to Zimbabwean private companies to re-equip and increase capacity utilisation. The financial package, the first direct commercial loan by the UK to Zimbabwe in more than 20 years, was seen as a massive vote of confidence in Mnangagwa.

However, any residual goodwill created by Mnangagwa’s whirlwind re-engagement exercise appears to have suddenly disappeared, like morning dew, after last weeks’ crackdown which resulted in a dozen deaths which is double the number of those who were shot and killed on August 1 last year. Such has been the ferocity of the condemnation that Mnangagwa cancelled attending this week’s World Economic Forum meeting in Davos, Switzerland.

The crackdown by the security forces has weakened Mnangagwa’s efforts to restore normal relations, particularly with Western capitals, according to political scientist Eldred Masunungure.

“The protests of last week come on top of the August 1 incident and the two events have combined to have a toxic effect and kill any progress that had been made on the re-engagement front,” Masunungure said.

“It will take time to resuscitate it. It’s dead in the water. It is an opportunity lost. The international community was beginning to warm-up to the charm offensive by ED (Mnangagwa), but after the crackdown it has turned cold.”

Political analyst Ibbo Mandaza said the crackdown by the security forces has dashed any hopes of successful re-engagement by the Mnangagwa administration.

“It is up in smoke,” Mandaza said. “The various statements coming from the European Union, the UK, the US and even the UN show the re-engagement drive is up in smoke and this signals the end of this regime. They have failed and there is no hope on restoring the situation.”