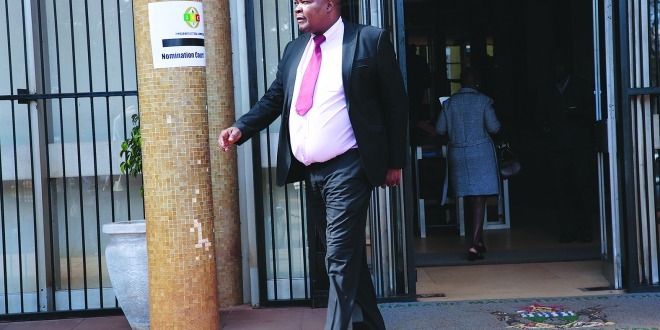 OPPOSITION MDC Alliance vice-chair Job Sikhala yesterday walked out of the tall walls of Chikurubi Maximum Security Prison after he was granted $50 000 bail by High Court judge Justice Erica Ndewere, who blasted the State for bringing unsubstantiated allegations to court.

The opposition leader was arrested last month on allegations of fleeing from justice and plotting to subvert the
government.

“Sikhala’s arrest was a coincidence as the police stumbled upon him while on another mission not related to him. His fleeing was not that of a fugitive, but was running away from unidentified men he reported to be following him and not the police,” Justice Ndewere ruled.

The judge said the police should have called his lawyer if they were seeking him, but they did not and misdirected themselves by relying on a vague Press statement they issued.

As part of his bail conditions, Sikhala was ordered to surrender his passport to the clerk of court, report thrice a week at St Mary’s Police Station and was barred from posting political audios and videos on social
media.

In a related matter, MDC Alliance secretary-general Chalton Hwende, who also faced charges of trying to subvert government, was removed from remand by Justice Webster Chinamhora after the State failed to provide him with a trial date more than a year on.

Hwende, who was represented by Harrison Nkomo, had been on remand following his arrest in connection with January 2019 protests over the fuel price hikes.

Hwende was one of several MDC Alliance legislators’ activists and supporters arrested in connection with the protests.