HARARE – The Zimbabwe Editors Forum (Zinef) on Wednesday accused Zimpapers of intimidating journalists after CapiTalk FM boss Nyaradzo Makombe-Hazangwi was suspended over a sponsored programme to discuss “ending torture and impunity in Zimbabwe.” 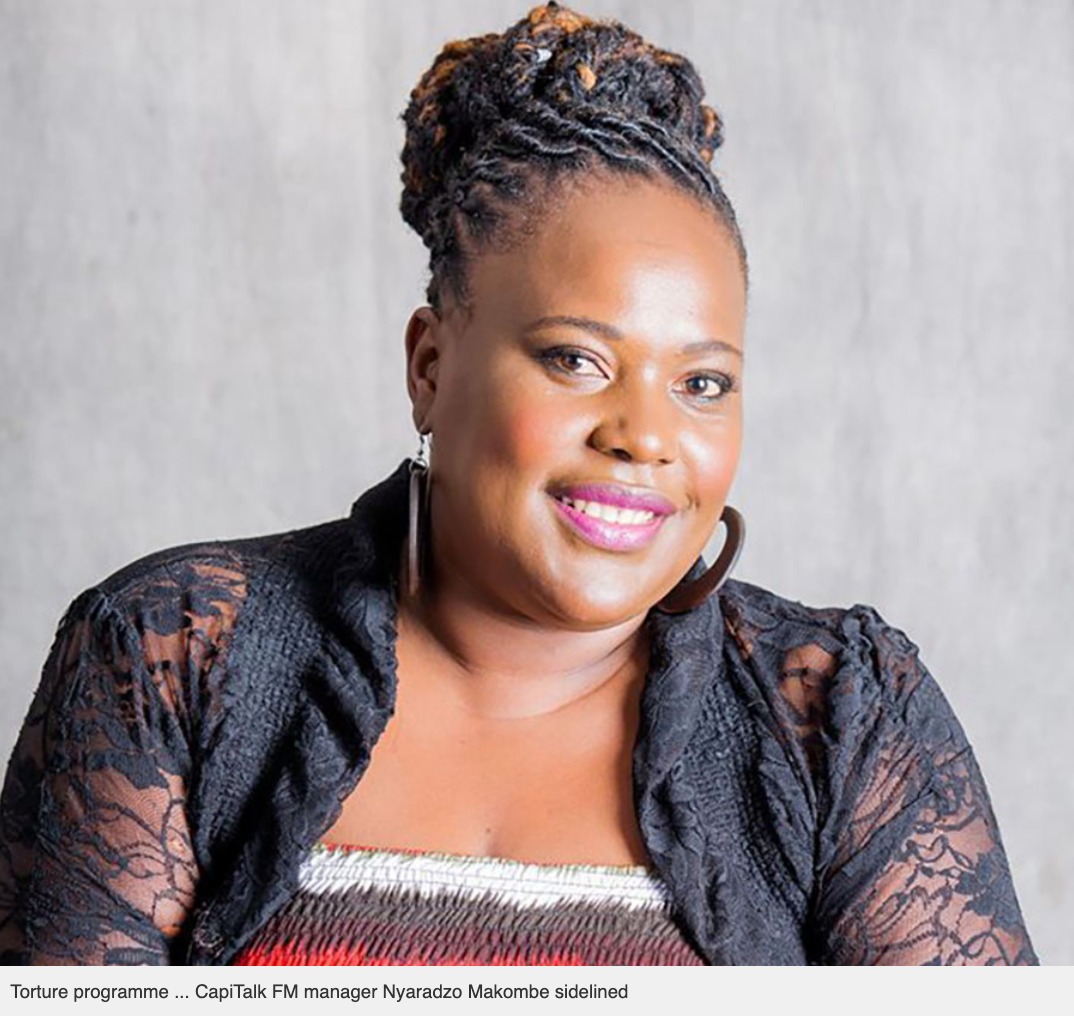 The June 25 discussion bankrolled by the Zimbabwe Human Rights NGO Forum was terminated midway without explanation.

“… allegations were being made without the other side being given an opportunity to defend themselves,” Deketeke said.

Njabulo Ncube, Zinef’s programmes coordinator said “there is a disturbingly growing trend in Zimbabwe by media owners and managers of just suspending or firing journalists over small and sometimes even trivial things.”

He said the Zimpapers move was “too heavy-handed, repressive and needlessly intimidatory”, adding: “It compromises free and progressive reporting among journalists, especially at the public media, which Zimpapers ought to be.”

The Zimbabwe Human Rights NGO Forum said it was still waiting for an explanation from Zimpapers over why its programme was taken off air.

“The Forum places on record that this was a sponsored show, in which the Forum decided on the panellists. The show was discussing a topical human rights issue whose prevalence is a matter of public record. Torture is a crime in terms of both national and international law, there is no debate to that,” the Forum said in a joint statement with the Media Alliance of Zimbabwe.

The Forum noted that Jestina Mukoko, one of the panellists, was abducted and tortured by state agents in 2008 and the High Court awarded her damages.

“Her account on air was thus factual, based on personal experience as was placed before the court. That account has long ceased to be allegations. Other panellists spoke of the policy aspects of torture, and the psychological impact of torture. Nothing unlawful or defamatory was said against anyone during the show. If such was said, the aggrieved reserves the right to either use media self-regulatory mechanisms or to approach the courts for appropriate relief,” the Forum added.

Rights groups say over 60 opposition officials and rights defenders have been abducted and tortured over the last year, but the government claims the rights violations are either the work of a “third force” or are a calculated smear give President Emmerson Mnangagwa’s regime a bad name.