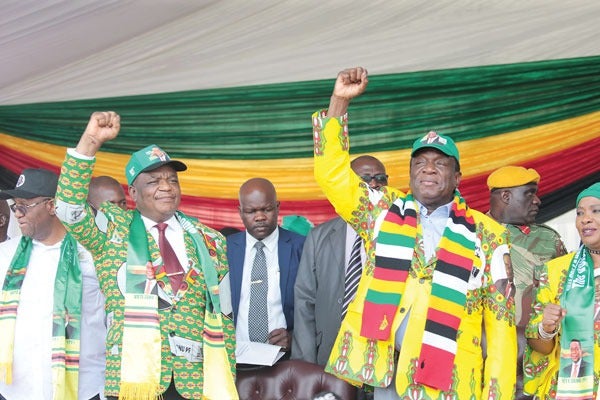 TSHABALALA residents on Thursday last week forced the abandonment of a maize distribution exercise as they protested the hijacking of the programme by Zanu PF officials in the area, Southern Eye established.

Government, in partnership with the World Food Programme (WFP), is distributing food aid to hungry urbanites, particularly the vulnerable such as the elderly and orphans across the country.

There have been several reports of Zanu PF officials hijacking the food aid programme despite the ruling party’s denials, and on Thursday, frustrated Tshabalala’s ward 21 residents protested the unfair distribution exercise, forcing it to be abandoned.

The incident took place at Tshabalala Hall. Ward 21 councillor Tinewimbo Maphosa (MDC Alliance) confimed the protests.“What happened on Thursday is that known Zanu PF members were distributing aid to their supporters and disgruntled residents, including war veterans and youths, then confronted the officials and told them that what they were doing was illegal,” the councillor said.

Maphosa said following an intervention by the Labour, Public Service and Social Welfare ministry officials, the residents agreed that going forward, the food distribution would be done by church representatives.

“The residents agreed that no politician should be involved in the distribution of food. These Zanu PF politicians were leaving out deserving people and giving the aid to their own people. If you look at Sizinda and Tshabalala, there are a lot of widows and orphans,” he said.