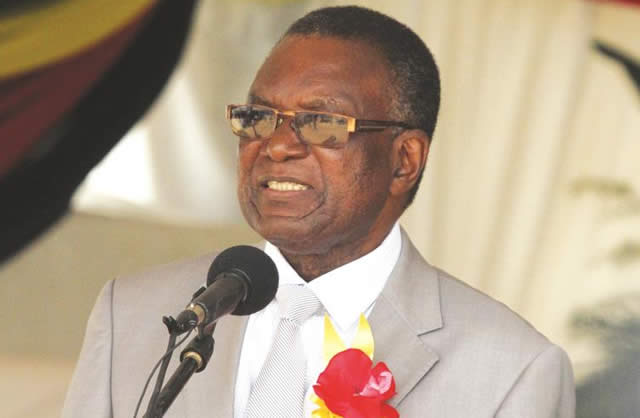 “I am pleased to inform you, Your Excellency, that in order to match your stature, the airport will soon undergo a massive rehabilitation and development programme. The rehabilitation process will include, among others, construction of three additional aero bridges, a new fire station, a modern terminal building and a new VVIP pavilion,” said Minister Gumbo.

“Negotiations for the financing of the project are progressing well and nearing completion and we expect the work to commence before the end of the year. The contractor, China Jiangsu International, who did us proud at the Victoria Falls International Airport has vowed to outdo themselves on this project as befitting your stature.” Minister Gumbo said his ministry was now working on an Airports Development Master Plan to be shared with the rest of the Government.

“The plan will guide aviation development in the country, in pursuit of our goal of creating a hub of aviation services in the country. My ministry is pursuing alternative and innovative funding modalities to ensure that the plan comes to fruition,” he said.

In renaming the airport to Robert Gabriel Mugabe International Airport, Minister Gumbo said, the ministry was implementing a decision of the Zanu-PF conference to name the country’s biggest and busiest airport in honour of the Head of State and Government and Commander-in-Chief of the Zimbabwe Defence Forces.

Local Government, Public Works and National Housing Minister Saviour Kasukuwere said his ministry would collaborate with the Ministry of Transport and Infrastructural Development to ensure the availability of additional land for the expansion of the airport.

“As this airport is set for further expansion, we will continue to work with the Ministry of Transport and Infrastructural Development to ensure that the land required for future expansion is made available,” said Minister Kasukuwere.

“This airport is part of your legacy, wise leadership and you have given priority to infrastructure and utility development in the country for the entirety of the people of Zimbabwe.” Minister Kasukuwere said the airport was renowned for its distinctive conical tower which he described as landmark.

“For visitors it is their first glimpse of Zimbabwe. For those returning from their trips, it is a welcome first sight of home. As you are the face of Zimbabwe, it is only befitting that this airport be named after you, we want to express our gratitude to you for accepting this honour bestowed on you by your grateful nation. It is therefore appropriate that the airport be named after an illustrious son of Zimbabwe,” Minister Kasukuwere said.

Minister of State for Harare Provincial Affairs Mirriam Chikukwa said the renaming of the airport demonstrated the pride by Zimbabweans in President Mugabe. She said Harare was honoured to host the airport. “I am, therefore, delighted that with this renaming, the airport will soon undergo a development programme, which will make immense contribution to the achievement of the goals and objectives of the country’s economic blueprint, Zim-Asset within the infrastructure and utilities cluster,” said Cde Chikukwa.