Riding on the liberation dividend

Source: Riding on the liberation dividend – The Zimbabwean

Let us commemorate our independence 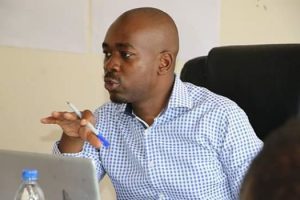 Tomorrow is Independence Day and every patriotic Zimbabwean must take time to reflect on the supreme national sacrifice in which the sons and daughters of this land paid the ultimate sacrifice while some lost their limbs so that the whims of future generations could walk again.

Some of us are proud of the liberation legacy and the successful quest by Zimbabweans to reclaim their dignity from a oppressive colonial regime.

Even as a post-liberation political formation, we stand for the continuation and perpetuation and not the negation or opposition of the liberation project. We are proud and patriotic Zimbabweans and tomorrow we will be joining the rest of the nation in paying tribute to that invaluable chapter in our national story.

In many ways, the sanctity of our struggle has been undermined, if not hijacked, by a selected few who have betrayed the noble aspirations of Zimbabweans when they waged that brutal struggle. As a post-liberation political formation, we anchor our own struggles on the liberation struggle, its values and aspirations.

We truly honour the liberation effort.

Tomorrow, we will be joining the rest of the nation in commemorating the heroic act of Zimbabweans in consigning colonial oppression to the dustbins of history. The only challenge is to finish the outstanding business of that struggle for which so many Zimbabweans died.

Going rural: Thank You Masvingo
True to our promise of going rural in this election campaign, I had an eventful weekend in Masvingo, starting with the chastening rally at Nyika growth point in Bikita on Friday and then another huge-turn-out at Jerera in Zaka the following day.

Elsewhere, the MDC-T and MDC Alliance leaders were addressing huge crowds in the rural hinterland from Nkayi in Matabeleland North, Mount Darwin in Mashonaland central, Gokwe in the Midlands, Hurungwe in Mashonaland West to Makoni in Manicaland province. We have pledged to largely go rural in this election and over the weekend, we were doing precisely that by honouring our solemn pledge to go rural in our campaign.

My visit and interactions with the people in Masvingo brought a lot of issues to the fore.
The first was the hunger for change, which is now a national chorus.

What was glaringly palpable was the self-evident collapse of the national infrastructure and the fracturing of our communities. I saw collapsed services, poor roads and dilapidated hospitals.

I saw for myself the deadening poverty pervading our rural areas and how Zimbabweans are struggling to put food on the table.

I saw the marginalization of the people and the abuse of our traditional leaders who are being used to intimidate villagers by collecting serial numbers of the voter registration slips.

Bikita in Context
On Friday, I was chastened by the huge turn-out at Nyika growth point in Bikita. I had occasion to engage the people and our message centred on the need for electoral reforms as well as our policy agenda that will be undergirded by the tripod pillars of transformation, opportunity and prosperity.

After the rally at Nyika, I had occasion to visit Silveira Mission hospital, where I was born some 40 years ago. It was a nostalgic moment and I saw for myself how things are getting worse in our hospitals.

For example, there were three beds in the ward where I was born but I realized on Friday that only two were left as the third had since broken. Things have taken a debilitating turn since I was born at that hospital in rural Bikita, where my mother comes from.
I saw 22 expecting women in the maternity ward, who are being asked to pay $50 for the national service of giving birth to the future leaders of this country.

Our incoming government will ensure that we scrap such fees charged on women for performing a national service.

I took time to pray with a 9-year old Mercy Chigwende, a young girl with the rare condition of cancer of the blood. Her parents are finding it difficult to meet the huge bills where she is being charged $400 per week. I assisted with some money but money alone is nothing. I had to summon the providence of God to intervene to save the life of the innocent girl.

On Saturday, I attended Holy Communion at the church conference in Chatsworth, where I had occasion to listen to a powerful word and found time to pray with the church elders and pastors.

I would wish to restate my unstinting belief that politics should not usurp church platforms to peddle a partisan agenda. Church platforms must be exclusively used for the word of God. Anything else is tantamount to defiling the sacred and sanctified holy places of worship.

In the afternoon I addressed a rally at Jerera Growth Point in Zaka where again I had occasion to sum up our promise to the people of Zimbabwe when we form the next government in September. We pledge to restore the dignity of Zimbabweans, to create jobs but first of all to ensure that we create a proper environment for the people to express their sovereign will in a truly free, fair and credible election.

I also found time to lay wreath on the grave of Crison Mbano, a political violence victim and one of our party activists in Zaka who was killed in the despicable Zanu PF-orchestrated violence of 2008 in which so many Zimbabweans died. I saw some of the survivors of the brutal violence in which Mbano and others perished.

Indeed, I was sorely touched by their plight as well as that of the many thousands of Zimbabweans throughout the country who suffered a similar fate.

Going rural again
This coming weekend I will be interacting with the people in yet another rural community but first, I have to join my fellow citizens in the important duty of commemorating our independence.

Indeed, we must spare a thought for the brutal but heroic struggle that we waged against an oppressive colonial system.