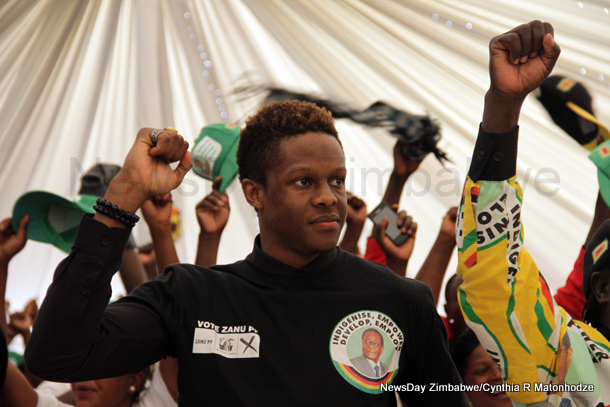 BY KENNETH NYANGANI
THE ZANU PF national youth leadership has extended the deadline for the submission of curriculum vitaes (CVs) to contest for its national youth executive to allegedly accommodate Robert Mugabe Jnr.

Zanu PF will hold its 7th national youth conference from May 4 to 8, with Robert Jnr allegedly said to be eyeing a leadership position.

Sources in the ruling party yesterday said the extension of submission of CVs for nomination in the national youth executive was meant to allow Robert Mugabe Jnr to submit his.

“We don’t know who is pushing him (Robert Jnr), but President Emmerson Mnangagwa is reportedly seeking to win the hearts of the former First Family and by pushing Robert Jnr, he is pushing his agenda.’

The process was, however, re-opened on Tuesday, according to a circular dated April 5, 2022.

“Please, note that circular 4 is issued with reference to circular 3 of 2022 dated April 29, 2022, Zanu PF youth league wishes to advise that the submission to participate in the elections of national youth executive has been extended to Friday April 8, 2022 by 12pm,” the circular read.

Other sources yesterday claimed the extension followed an outcry from the party’s provinces after some youths failed to submit their CVs on time.

Zanu PF commissar Mike Bimha denied claims that the deadline was extended to allow Robert Jnr to submit his papers.

“No, no Zanu PF does not cater to the interest of one person.  Zanu PF has many people who have interest in it. In fact, comrade Tendai Chirau (acting secretary for youth affairs) reported to us that there were some areas which were left out after getting the news late that is why they extended the submission of the CVs,” he said.