The owner of a South African hunting company was indicted this month in Colorado by federal prosecutors, who accuse the man of bribing Zimbabwean government officials while guiding a Colorado tourist on a hunt for elephants and working to have the ivory tusks of an elephant the group illegally killed inside a national park imported to the US. 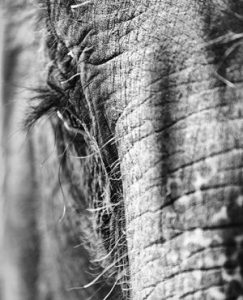 Prosecutors said 44-year-old Hanno van Rensburg took a client to the area around Gonarezhou National Park in Zimbabwe to hunt elephants in 2015.

The Colorado client shot one elephant that did not die. The hunting party then tracked the animal into the national park but could not find it, according to prosecutors.

An indictment unsealed last week said van Rensburg and the hunter bribed government officials with at least $5 000 to let the party shoot other elephants inside the park. Zimbabwean law does not allow hunters tracking a wounded animal inside the park to continue hunting other animals.

Someone in the group shot and killed a different elephant and prosecutors say van Rensburg conspired with the client from Colorado to export ivory from the dead elephant, falsely claiming that the hunter was a resident of South Africa and that the elephant was not shot inside a national park.

In 2015, US law banned importation of the body parts of African elephants killed for sport in Zimbabwe. However, the Trump administration announced in March 2018 that requests to import elephant trophies would be approved on a “case-by-case basis”.

Van Rensburg also is charged with violating a broader US law — the Lacey Act — that make it illegal to transport or sell wildlife killed in violation of any foreign law.

Officials said van Rensburg has not been arrested; an arrest warrant filed with the court orders “any authorised law enforcement officer” to take him into custody. The charges include wire fraud, conspiracy and violating the Endangered Species Act.

“The US Attorney’s Office and our law enforcement partners work together to support global efforts to protect threatened and endangered wildlife from illegal poaching,” Colorado US Attorney Bob Troyer said. “(Fish and Wildlife Services) and our prosecutors did an extraordinary job investigating this case.”

Van Rensburg did not respond on Monday to an email sent to an address listed on his company’s website.

Prosecutors did not name the hunter from Colorado who paid van Rensburg more than $39 000 to guide him on a hunt for elephants and a spokesperson for Troyer’s office declined to identify the hunter.

Colorado federal prosecutors announced in April, though, that Paul Ross Jackson of Evergreen had reached a plea agreement after being charged for violating the Endangered Species Act for shooting and killing an elephant in Zimbabwe

The months, locations and initials of the hunting company owner — HVR — in Jackson’s plea agreement mirror those in the indictment filed against van Rensburg.

Jackson was ordered to pay a $25 000 fine and agreed to provide the Fish and Wildlife Service with all documents on any hunts outside the United States. He also was ordered to transfer the elephant’s tusks back to the Zimbabwean government.