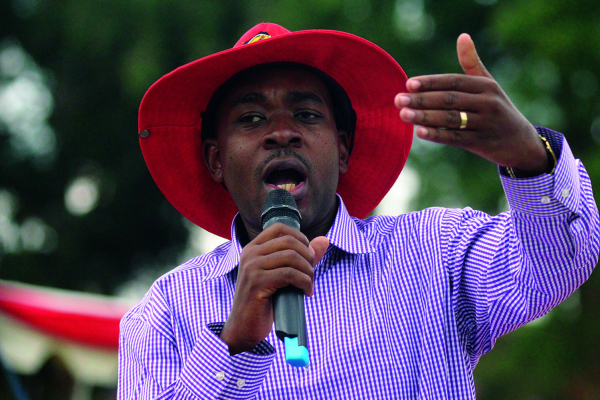 Regional power broker, Sadc, has not yet responded to MDC Alliance presidential candidate Nelson Chamisa’s plea for intervention, three days before watershed elections in Zimbabwe, whose result already appears disputed before a vote is counted.

Chamisa last week wrote to Sadc chairperson and South African President Cyril Ramaphosa requesting an extra-ordinary summit of the regional body to discuss what he described as the “Zimbabwean crisis”.

Ramaphosa acknowledged Chamisa’s letter, but the MDC Alliance leader later changed tact and, instead, began pushing for a meeting of the Sadc Troika on Politics, Defence and Security, currently chaired by Angola.

By yesterday, Chamisa’s spokesperson Nkululeko Sibanda said there had not been any movement, adding the opposition leader seemed to have resigned his fate to Zimbabweans.

“We have not received any update thus far. It means that the president (Chamisa), regardless of this, has made fundamental decisions to take part in this election. His view is that in the final analysis, the people of Zimbabwe are the final arbiter in this crisis,” Sibanda said.

Asked if this meant that Chamisa had shut the door on Sadc, Sibanda said the regional body still had time to work things out.

“As far as we are concerned, Sadc has time. There are still a few days to go and Sadc can come in and help, especially with resolving the issue of the ballot paper. We would want to test it even if it means at every batch,” Sibanda said.

“All political parties initially got the ballot paper before printing, then after printing, and they could have tested. We have also given them copies of the voters’ roll free of charge,” he said.

“Anybody who says they now want to test the ballot are planning to disrupt the electoral process and that will be in contravention of the Electoral Act.”

Asked why Zec could not allow political parties to randomly pick ballots for testing before Monday, Silaigwana argued this could cause shortages.

“We have printed ballots that tally with the number of registered voters at each polling station plus a 3% contingency. If we allow people to pull out ballots for the supposed testing, there could be shortages. One thing we must all remember is that Zec does not necessarily act in the interests of parties alone. It also acts in the interest of ordinary voters and, in our view, they are more important than anyone else,” Silaigwana told NewsDay.

“We have conducted our elections in accordance with Sadc guidelines, but for us to deliver a free and fair poll, we will need parties to behave. Even with the best referee, as long as the players are bent on disrupting the process, it would be difficult for anyone to deliver on their mandate.”

But MDC Alliance secretary-general Douglas Mwonzora said Zec had failed in its mandate.

“Zec has been very poor. They have failed to censure Zanu PF for threats of violence, abuse of food aid and failure to stick to the law regarding the voters’ roll and ballot paper,” he said.

“On the face of it, this election is already flawed. It is now up to Zec in the remaining days to prove otherwise.”