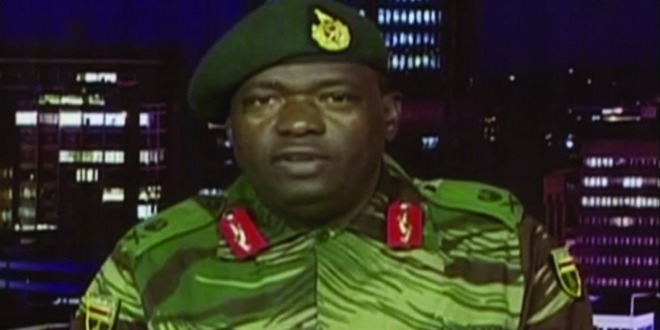 ZIMBABWE has sensationally claimed that the African Union Commission was influenced by the United Kingdom to issue a statement denouncing Harare for the deteriorating human rights situation in the country.

In a strongly worded letter to the AU Commission chairperson Moussa Faki Mahamat, Foreign Affairs minister Sibusiso Moyo said contrary to statements from across the globe condemning acts of human rights violations in Zimbabwe, the country was at peace and would not accept any intervention that seeks to undermine her sovereignty.

Several global and regional organisations including the United Nations, the human rights groupings, The Elders, Sadc countries among others have spoken with one voice expressing concern over the situation in the country that has seen several activists, citizens, journalists, lawyers, doctors and nurses being harassed, tortured, arrested or assaulted.

South Africa’s International Relations minister Naledi Pandor also weighed in, saying there was a need to address the crisis in Zimbabwe to allow locals to go back to their country happily.

The Emmerson Mnangagwa administration, stung by global condemnation over its treatment of citizens and opposition actors, has engaged in some firefighting, accusing the United States, the United Kingdom, other Western countries, diplomats, civil society and the opposition of working against Zanu PF.

“I write to express my surprise and concern over the statement issued in your name on August 7, 2020, concerning the situation in Zimbabwe which appears to lend credence to the raft of erroneous and highly misleading reports circulating on a variety of social media platforms, deliberately placed so as to cause embarrassment to my country and its leadership,” Moyo wrote to Mahamat in a letter dated August 12.

The letter was in response to the AU Commission’s communication condemning human rights abuses in Zimbabwe.

“Let me stress, at the outset, that there is no crisis in Zimbabwe, neither are there any human rights violations as purported in your statement. The innuendos and insinuations contained therein could have been avoided had the AUC done some due diligence,” Moyo wrote.

Moyo, known for announcing the coup d’état that led to the ouster of the late former President Robert Mugabe in November 2017, accused the AUC of siding with the United Kingdom to discredit Mnangagwa.

“We cannot help but note that your statement was issued shortly after a visit to the AU headquarters by the British Minister of Africa and reflects a disturbing alignment with the United Kingdom’s well-known perspective on Zimbabwe and London’s abiding antipathy towards Zanu PF,” he said.

Moyo warned that those attacking Zimbabwe based on “lies” had crossed a line “both dangerous and unacceptable”.

He said Zimbabwe has been subjected to “an unprecedented wave of highly inflammatory commentary”, insults and threats directed towards the government and Mnangagwa.

Moyo said the attacks emanated mainly from the South African Economic Freedom Fighters’ leader Julius Malema, whom he described as “notoriously eccentric and erratic” and exiled former members of Zanu PF who were ousted together with Mugabe.

“A fugitive group of former Zimbabwe politicians — several of whom are facing serious charges of fraud, corruption and abuse of office here in Zimbabwe — whose disruptive and subversive agenda is as clear as it is misguided, have joined forces with this motley band of regional malcontents determined to create civil unrest and chaos in the streets of Harare and to foster division and discord within the ranks of Sadc,” he said.

Moyo claimed the July 31 protests were meant to overthrow Mnangagwa’s government and were sponsored by some Western governments and civic society organisations.

He said: “The organisers of the planned insurrection, including journalist Hopewell Chin’ono and political activist Jacob Ngarivhume who were actively encouraging Zimbabweans to defy the law, to ignore public health protocols and to bring down the government, were lawfully arrested and charged with incitement to public violence. They will answer those charges in a court of law.”

Pandor on Friday told a South African radio station that economic and political problems in Zimbabwe need to be addressed.

“We all know that Zimbabwe has various economic challenges and that their current situation impacts on South Africa because many Zimbabweans come to seek a livelihood in South Africa. We have to work with Zimbabwe in order to address that economic situation and find a way of helping to reverse the current situation so that the citizens of Zimbabwe can happily return to their country,” she said.

“There’s a political problem, it’s undeniable, it’s there and the people of Zimbabwe have to find a solution to it. We as South Africa are ready to assist. We sent envoys there because there has been a huge concern about reports of abuse of human rights, imprisonment of opposition MPs and many other concerns which have been directed at the presidency and my department.

“We agreed the President would appoint three envoys and they would visit Zimbabwe and we asked that they meet the President of Zimbabwe but also meet other stakeholders in the opposition, NGOs [non-governmental organisations] and so on. Unfortunately, they could not meet the other stakeholders, but Zimbabwe has indicated their readiness to facilitate such a visit and we are in discussions with the president about the envoys returning to Zimbabwe to have a wider range of meetings than they were able to have at this first contact.

“So, we are not distressed that the full expectation was not met in this first visit. This is something we must continue to work at. As I said, the situation of Zimbabwe impacts South Africa and so we have to continue meeting with, talking to (the Zimbabweans) and attempting to resolve the problems there in order to address our own situation and focus on the challenges of South Africa.”

Pandor’s comments also followed a common view shared by the African National Congress top brass, including its secretary-general Ace Magashule and international relations committee chairperson Lindiwe Zulu, who all said there was a crisis in Zimbabwe that needs to be addressed.