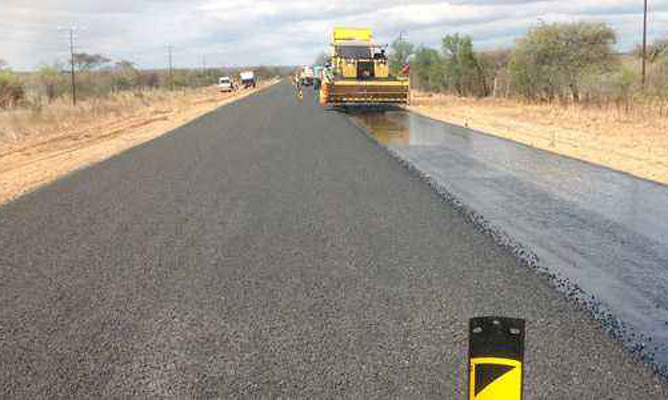 Zinara released the money in April after HCC requested funding for rehabilitation of its pothole-riddled road network, but Chawatama reportedly failed to repair the roads, leading to suspicion that the money could have been diverted.

This is not the first time Chawatama has been in the eye of a storm at the local authority.

In October last year, he was sent on forced leave to pave way for investigations to establish the reasons of “operational challenges in his department”.

NewsDay understands that the matter came to light after Zinara reportedly requested acquittals to show how the money was used.It is understood that HCC has only accounted for $7 million so far.

Chawatama refused to comment on the issue and referred NewsDay to an engineering division official, one Mutumhe.

“Talk to Mutumhe on those acquittals. He is the one who is totally in control over those issues. As for the use of the money I do not know anything,” Chawatama said.
Mutumhe said he could not speak to the Press over the issue and hung up the phone call.

Council finance director Stanley Ndemera confirmed that they received the money in April and it has been sitting in their bank account.He said council was still to provide acquittals to Zinara “because they have not yet used all the money they received.”

“Yes, we received $10 million from Zinara in April, but the money was still in our account as some of the raw materials came from South Africa. We only received the tar last week and that is when we released part of the money,” Ndemera said.

He acknowledged that when they received the money, it was valued at close to US$400 000, but due to inflation, the value had been eroded and it was now less US$100 000.

“We only disbursed the money last week after receiving it in April this year, but I am not sure why it took long before it could be disbursed to its intended use. I acknowledge that the money has been eroded by the inflation,” Ndemera said.

Zinara spokesperson Tendai Mugabe said the road administrator had received some information from the local authority, but they were “still studying it”.
“I can confirm that we disbursed $10 million to the Harare City Council during the first quarter of 2020 and the council have submitted their acquittal which our technical department is studying,” Mugabe said.