Something is brewing in the Lacoste cockpit

Source: Something is brewing in the Lacoste cockpit – The Standard 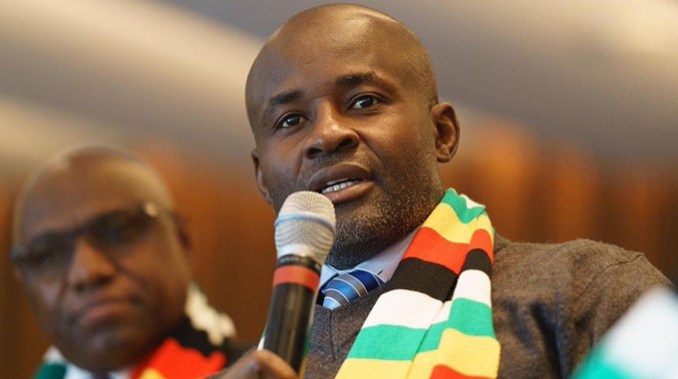 Vice-President Constantino Chiwenga’s face is probably one of the most recognisable ones in this country, after all, he is the one who led the coup that removed Baba and G40 from power.

So, imagine my shock when I heard that someone went to a hospital and claimed to be Chiwenga, so he could receive treatment.

The poor soul has now been dragged to court where he is facing fraud charges.

The people that treated that man are actually the ones that deserve to be in the dock because there is no way you can mistake a 35-year-old to be Chiwenga.

Knowing Chiwenga’s appetite for treatment in China, alarm bells should have immediately rung when a person claiming to be Chiwenga walked into a public hospital to seek treatment.

Our politicians never go to public hospitals, unless there is a pointless commissioning or ground-breaking exercise, and for that reason, everyone should have known that Chiwenga would not seek treatment in a public hospital.

And surely, Chiwenga would have come in with an entourage.

I really don’t see how someone can make that mistake.

I think the man of no fixed aboard should be freed, and I repeat, the people that were conned by this man have no reason to be working in a public institution.

Temba Mliswa is at it again.

I have no idea what is going on, but if he is to be believed, then Zanu PF is in trouble or maybe Temba is just being himself — attention seeking.

Of interest was his disclosure that the very verbose Mutsvangwa had approached the late former army general with a proposal that Chiwenga should be jettisoned.

Mutsvangwa allegedly said he wants to be vice-president and that he would represent the Zezuru.

Remember Zezuru’s unconquerable, kkkk. That was the soundtrack during Baba’s last few days.

Nobody has disputed Temba’s claims yet, but if they are true, then there is something brewing in Zanu PF, which could be worse than November 2017.

I am not being negative or wishing for the worst, but the reality is that something major is going on and soon we shall know what it is.

Temba is a raging bull on social media, people like Ziyambi Ziyambi have faced his wrath and he seems to be unrelenting.

As the saying goes, whenever you see a toad jumping in broad daylight, then know that something is after its life.

Something is cooking and Temba doesn’t seem to like it.

Veterans of the war

Oh by the way, there was also the curious arrest of the war veterans who demonstrated for an increase in their allowances.

If you remember the military assisted transition — kkk is there anyone who actually still calls it that? — the seeds were sown when Baba clashed with war vets.

Already, Eddie Cross, in Ngwena’s biography, hinted that there might be bad blood between Ngwena and his number two.

All these events seem to spotlight the fallout between the two.

I am not a prophet, but I repeat, very soon, we will know what is happening at the top and when it comes out, it will be an ugly sight.

By the way, Killer — I would have loved to be there when he was christened — and Temba can never agree on anything, but they seem to have found each other by agreeing that Zanu PF is taking this country in the wrong direction.

In 2023, we won’t have ballot papers but ballot booklets because of the number of political parties that are mushrooming.

Tsenengamu was Ngwena’s biggest cheerleader before the coup, but now they have fallen out and the former youth league guy is now forming his own political party.

With his best Malema impersonation, Tsenengamu wore a green work suit and a matching beret to announce his FEEZ outfit.

Tsenengamu said all the right things during the press conference, but in reality, we all know that he is a no hoper.

Then there is the poor lady from the United Kingdom who launched a party called FORUS. Another no hoper.

I hear more parties will be formed in the next few weeks.

I guess the silly season is upon us.

I wonder how big the next Polad will be. That group of political no-hopers who are at Ngwena’s beck and call.

Even Killer doesn’t understand why there are so many new parties.

Newer Post
Govt must have a plan to rescue jobless graduates
Older Post
Will the IMF US$961m windfall rescue Zim?