Source: Will the IMF US$961m windfall rescue Zim? – The Standard 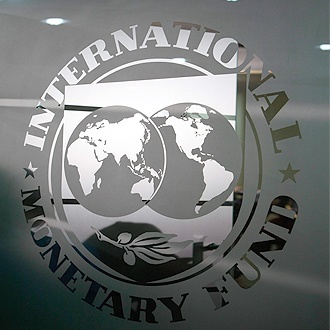 According to the International Monetary Fund (IMF), Covid-19 has caused substantial long-term global macroeconomic environment change, and the pandemic inflicted long-term scars on the global economy.

Global adjustment process is expected to be prolonged with a global negative output gap persisting into the medium term amid higher liquidity and solvency risks.

A special drawing right (SDR) allocation is one of several financing sources to meet the long-term global need for reserves.

That is why on August 23, 2021, the IMF implemented a general allocation of SDRs equivalent to about US$650 billion (SDR 456 billion).

The SDRs were distributed in proportion to participants’ paid Fund quota shares, and the allocation was made uniformly at 95.8455% of members’ quotas.

This is the IMF’s largest-ever distribution of monetary reserves and covers estimated 30-60% of the required global reserves (US$1.1 to US$1.9 trillion).

Just to show the global income inequality, the reserves are allocated to all 190 fund members, with about 70% going to the group of 20 largest economies and just 3% (US$21 billion) allocated to low-income countries (LICs).

Coming closer to my continent, Africa received an estimated 4.98% (US$32.3 billion).

Globally the country to receive the lowest allocation was Tuvalu (an island country in the Pacific Ocean) received only US$3.41 million, whilst the United States of America received nearly US$113 billion which is 17.43% of the total SDR allocation.

There is no single African country that received even 1% of the allocation but the USA got 3.5 times the amount Africa received.

According to Finance and Economic Development minister Mthuli Ncube, on August 23, 2021 at exactly 2100hrs Southern African time, Zimbabwe received SDR 677.4 million (US$961 million) from the IMF.

A mere 0.148% of the IMF’s US$650 billion SDR allocation was deposited in the Reserve Bank of Zimbabwe (RBZ).

An increase in the foreign exchange reserves position of the country by US$961 million was the immediate impact of this support from the IMF.

The RBZ and the Finance minister believe that this will go a long way in buttressing the stability of our domestic currency.

In their joint statement on August 24, 2021, they promised the nation that: “The funds will be used prudently, with utmost accountability, to support the social sectors namely health, education, and the vulnerable groups; productive sectors that include industry, agriculture and mining; infrastructure investment covering roads and housing; and foreign currency reserves and contingency fund, to support our domestic currency and macro-economic stability … and that this disbursement which shall be used in line with the IMF guidance note”

During The Mint Special, Ncube was not willing to give actual figures to be spent under sectors specified in the joint statement.

He indicated that citizens were free to come up with their proposals that will be considered in coming up with the final position.

If the minister is to walk the talk, the proposed sectors on which the SDR allocation will be spent are acceptable provided that they would lead to improved quality of life of Zimbabweans.

The SDR facility must be presented to parliament and debated so that parliament through section 299 of the constitution of Zimbabwe plays its oversight role.

SDR funds must be channelled towards their intended use, tracked, monitored, and overseen just like the budget process, and must be treated and scrutinised like any other loan agreement.

They should not finance political programmes or government programmes prone to corruption and should not be used to pay outstanding debts but spend on sectors that will improve the lives of citizens.

According to IMF’s 2020 report on eligibility to use the fund’s facilities for concessional financing Zimbabwe qualifies for Poverty Reduction and Growth Trust (PRGT).

In addition, the IMF guidance note which is in sync with the six principles of Public Finance Management (PFM) in Zimbabwe must be adhered to.

Citizens should know that the IMF guidance note being referred to, provides guidance on the treatment and use of allocations of SDRs.

Like I said in my previous article on What Zimbabwe can benefit from SDR? SDRs create foreign reserves which sequentially improves its creditworthiness thereby having access to external loans.

They also assist in addressing the Covid-19 crisis (through the strengthening of the healthcare system and purchase of vaccines), covering the fiscal gap, boosting savings, paying for productive imports and public investments resulting in a just transition and economic recovery.

In addition, they reduce reliance on more expensive domestic or external debt for building reserves.

Moreover, SDRs don’t have conditions attached to them and are not associated with high-interest rates.

They can be converted into usable reserves as follows: can be used directly to pay IMF obligations in SDRs or may be exchanged for freely usable currency through designation mechanism or Voluntary Trading Arrangements.

The main question is who is willing to enter into a voluntary trade agreement with us, who will buy our SDRs considering that the designation mechanism was last used since the 1980s.

These are untold stories.

Citizens are reminded that financial position in the fund as of 31 July 2021, shows that our net cumulative allocation amounted to SDR 338.58 million against holdings of SDR 1.21 million.

Due to the recent allocation, net cumulative allocation will increase to SDR 1 016.02 million and our SDR holdings increased to SDR 678.60 million.

The impact of SDR on our debt depends on how it is used.

Zimbabwe is paying interest on the difference between its allocation and holding which stand at SDR 337.42.

A reduction in our SDR holdings (the obvious case) will further increase the difference meaning more interest to be paid. As of July 31, 2021 there were overdue interest obligations amounting to SDR 0.77 million and a projected payment plan which stretches to 2025 paying on average SDR 0.17 million each year.

There is still a need for total debt cancellation on a humanitarian basis, making use of our minerals, fighting illicit financial flows and broadening our tax base to improve domestic resource mobilisation if we are to deal with the current debt crisis in Zimbabwe.

Learnmore Nyamudzanga is an independent economist, tax consultant, ZES member, and holder of a Master’s in Tax Administration and Tax Policy. Email: lnyamudzanga@gmail.com.