Govt must have a plan to rescue jobless graduates

Source: Govt must have a plan to rescue jobless graduates – The Standard 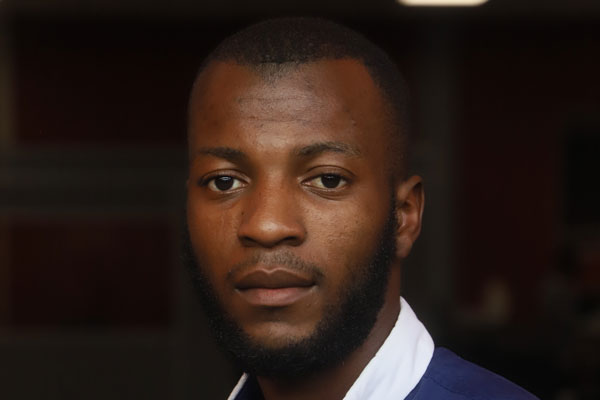 Education used to be a ticket to a better life in Zimbabwe. Life was better when one was  educated, one could afford a house and a middle income lifestyle.

But this has changed over the last two decades, with university students now majoring in drugs and prostitution.

Education no longer has the dignity it used to have back then. Enrolling at a university used to be a milestone.

Today, it is difficult to convince the young generation that it is still relevant to go to school.

Misgovernance and corruption has changed the fortunes of this country’s education.

Today we have government officials who send their children for school outside the country yet the education system in the country remains in shambles.

Getting a job was not so difficult or a hustle in the 80s, 90s, educated or not, one could get a paying job with a salary that could go for at least a month even during the Rhodesian government despite racial segregation by the white colonial rule.

But in present day Zimbabwe it’s either pants down or you fork some money to get a job which is, however, not guaranteed.

Be it in government or private sector, the culture is the same.

Now that there are so many graduates in Zimbabwe with some who are even overqualified, one needs a method of payment to get a job apart from qualifications.

Unemployment rate in Zimbabwe is expected to reach 6.00 percent by the end of 2021, according to Trading Economics global macro models and economic analysts.

Youth unemployment should be taken as a major policy issue considering that it is one of the impediments to economic development in the country.

Sometime in 2016, I visited the Zimbabwe National Army (ZNA) 5 Brigade in Kwekwe where they were recruiting soldiers from  across the country.

I witnessed a lot of college graduates squashing and sliding their degrees inside their bags after some of the recruits were chased away for bringing their diploma or degree certificates.

“The newspaper invitation specified that interested individuals must bring at least 5 O’Levels including English Language, but you are bringing your diploma here, see you next time,” said a military police officer dismissing a group of youths.

The process could have been just a formality. Corrupt army bosses usually recruit their close relatives first or one has to fork some money to get that job.

People used to choose jobs even without any qualification.

But how did Ian Douglas Smith’s government manage to be so functional despite the fact that Britain had imposed total economic sanctions against Rhodesia on December 12, in 1966. So, is it about sanctions or just bad governance?

With universities across the country capping more than 2 000 graduates each per year at a time where companies are retrenching due to financial challenges in the middle of Covid-19 pandemic youths must think beyond a degree.

The mentality of spending four years at universities or colleges studying towards a degree for one to get a job in Zimbabwe has become more of a myth than reality.

So painful that degree graduates can still go on and pursue their masters’ degrees with no experience from any job.

More often than not, where one can come across with a job advert that does not require at least 3-5 years of working experience.

Yes, Zimbabwean youths are the most educated in the southern region, but have no experience.

Experience is the best teacher they say.

In 2017, during his presidential inauguration, clothed with the face of a liar, President Emmerson Mnangagwa vowed to create jobs in Zimbabwe, a country where some estimates say 90% of people are unemployed.

Where are the jobs and is Zimbabwe open for business for sure or just a community of young hustlers?

It’s almost five years after Mnagwagwa promised jobs when he became president through a military coup, but graduates are still roaming up and down in streets puzzled with the situation thinking of their tomorrow.

Zimbabweans are educated but they are suffering on the African continent.

For the past 40 years, Zimbabwean youths have been yelling and waiting for a change, but the signal is not imminent.

They can only hear the echoes of darkness in the middle of Covid-19 pandemic.

They are frustrated by political leaders who can’t use rational arguments to dialogue for the betterment of Zimbabwe.

Youths are the future but leaders have literally destroyed the foundation.

Peeping through a lifeless Zimbabwean flag as they envy the rejuvenated and smiling Zambian flag, Zimbabwean youths still hope for a change, a better Zimbabwe but hope is not certain.

Dear Mr President, put politics aside and take your time to engage the youths. It is a sad situation to be educated but unemployed.

It is now common in Zimbabwe that after graduation one has to put his or her diploma or degree under the tired bed and wears the face of a hustler like the street lingo says “Kungwavha-ngwavha”.

Street lingo is the order of the day in the ghetto.

New terms are created almost all the time due to difficult situations faced by unemployed youths as they try to make a living.

The term “Hasiology” taken from the word “hustle” is common among the unemployed graduates  building  their small businesses.

Some youths like Mudiwa Hood who think “being broke is a mind-set or a choice” since they are privileged enough to get connections to make some few dollars in a difficult Zimbabwean must be enlightened.

In his book titled, Shut Up and Make Money Mudiwa encourages women to avoid broke men at all cost.

However, the book has been criticized by angry youths on social media stating that it is painful when they are among the jobless graduates who are trying and still failing in Zimbabwe.

It is so ironic that some of the graduates cherish people who are employed unknowingly that in many organisations the difference is the same as some workers go for more than three months without getting their salaries.

Well it’s an opium that usually works as an instrument to serve the interest of the master.

In Zimbabwe, one has to get paid in RTGS to buy money.

The United States dollar is what everyone is chasing on a daily basis.

A lot of employers are in a Catch-22 situation where they need their employees at the same time, they have no capacity to pay them and retrenching is not an option in some organisations.

Evans Mathanda is a journalist and development practitioner who writes in his personal capacity. For feedback email: evanngoe@gmail.com or call 0719770038 and Twitter @EvansMathanda19