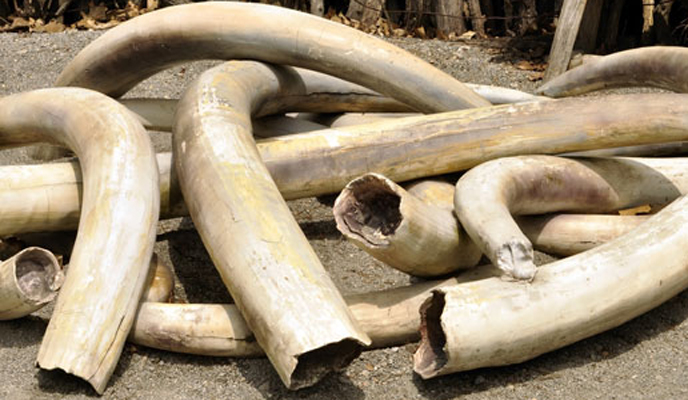 BY SIMBARASHE SITHOLE
TWO suspected poachers found in illegal possession of 15 kilograms of ivory were dragged to court today.

James Ngocho (37) and Peacewell Muranganwa (26) pleaded not guilty when they appeared before Guruve magistrate Rumbidzai Mugwagwa.

Mugwagwa remanded the duo in custody to January 19 for trial.

The State alleges that on January 4, Muranganwa approached an undercover state security agent in Harare with the intention of selling ivory.

Muranganwa then travelled to Guruve with the state agent the following day, and picked Ngocho and a Zimbabwe Parks and Wildlife (ZimParks) officer along the way.

The suspected poachers led the officers into a tobacco barn where three pieces of ivory weighing a total of 15kilograms worth US$2 567 were being kept.

The officers produced their identity cards and arrested the duo.