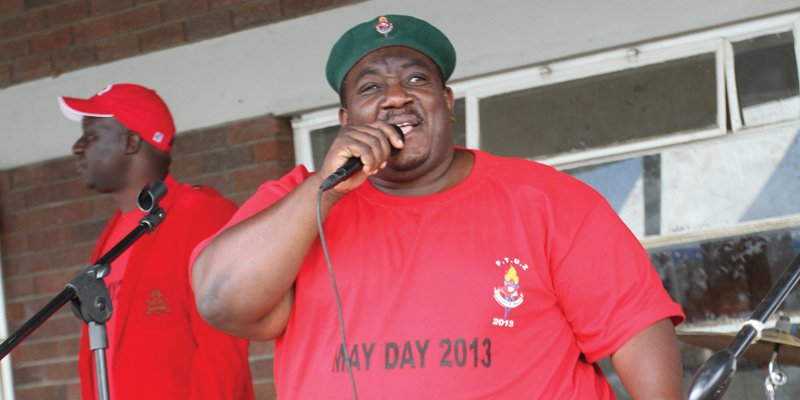 TEACHERS are planning to march to Parliament this week to deliver a petition as they desperately try to force the government to improve their conditions of service.

They have rejected the government’s offer of a 20% salary hike, US$100 cash and other incentives made weeks ago.

They have not been going to work since the schools opened for the first term on February 7. Government has threatened to dismiss them.

In a letter addressed to the Clerk of Parliament seen by NewsDay, the Progressive Teachers Union of Zimbabwe (PTUZ) secretary-general Raymond Majongwe gave notice of their intention to deliver their petition on “conditions of service” to Parliament.

He requested Parliament to facilitate the presence of relevant office bearers on the day.

“PTUZ intends to deliver a petition to the Speaker of national Assembly as well as the Parliamentary Portfolio Committee on Public Service, Labour and Social Welfare as well as that of Primary and Secondary Education,” the letter dated February 25, 2022, read.

“We intend to hold a procession on March 4, 2022, along routes we have informed the regulatory authorities about, but culminating in our handing over of a petition to the three offices at Parliament.  We request your office to facilitate the presence of the relevant office bearers when we hand over the petition at 1100hrs on the day.”

PTUZ has also informed the police of its plans to march between 10am and 12 noon.

“Our planned route is from Harare Gardens through Livingstone Avenue into Sam Nujoma Street, then Nelson Mandela Avenue where we will hand over the petition to the Speaker of the National Assembly and the chairperson of the Parliamentary Portfolio Committee on Labour and Social Welfare, both of whom have been notified of our intention. After handing over the petition, we will then march back to our initial meeting point at the Harare Gardens, from where our members shall disperse. We will have marshals directing our members. As is the norm, we request police escort,” the letter to the police read.

But Harare province police spokesperson Tendai Mwanza yesterday said he had not yet received the letter from PTUZ.

Meanwhile, in an unrelated incident, Zanu PF members are reportedly forcing teachers to report for duty, threatening to evict them from school accommodation if they refuse to comply.

It is alleged that Zanu PF activists have decided to take the matter into their own hands by moving around schools counting the number of teachers in attendance and interrogating school heads over absenteeism.

A school head who refused to be named for fear of victimisation told NewsDay that some Zanu PF activists were working with elected individuals to instil fear in teachers.

“We are disturbed and angered as (Zinatu) that our member, who are citing incapacitation as they lodge their legitimate grievances to their employer, are being threatened by people who are masquerading as Zanu PF officials and activists.

“We appeal to the employer to depoliticise all educational institutions countrywide, making them no go areas for any politician, whether from Zanu PF or the opposition. We want the safety of our members and students guaranteed.”

Amalgamated Rural Teachers Union of Zimbabwe president Obert Masaraure said:  “Zanu PF is terrorising our members as has become their culture. In Chimanimani, teachers were displaced by threats of violence. A total of 1 340 individuals have reported threats from both the State and Zanu PF functionaries. Members remain steadfast demanding the restoration of pre-October 2018 salaries.”

But Zanu PF party spokesperson Christopher Mutsvangwa said: “They should go and file a report to the nearest police station.”