Terror in Seychelles — Zimbabweans in crossfire 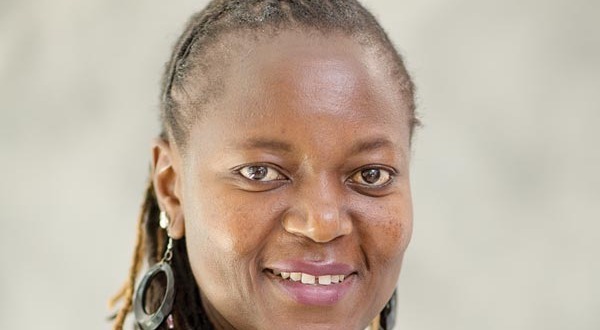 THIS is the second in a three-part series about the hijacking of an Air India Boeing 707 flying from Harare to New Dehli India on November 26, 1981. The plane flew into a coup attempt in the Seychelles executed by a group of South African and ex-Rhodesian mercenaries fronted by British former soldier Mike Hoare (Mad Mike). The aeroplane had 65 passengers, the majority of whom were Zimbabweans. One of them was my father Kenneth Rambakupetwa Majome who was travelling as part of a group of senior government officials which included former late Ambassador Angeline Makwavarara and late businesswoman Kiki Divaris to a conference on women entrepreneurs in New Dehli. The plane was stopping over briefly to refuel at Seychelles Mahe island’s Pointe Larue International Airport when it flew into a gunfight between the mercenaries and the Seychelles army. The mercenaries under the command of Hoare had seized the airport after their concealed weapons had been discovered when they tried to sneak in disguised as a team of rugby players.

Albert Rene was the President of Seychelles after seizing power from James Mancham in 1977 in a coup a year after the country became independent from Britain. Four years later, he found himself facing a similar political fight for survival. Hoare, now retired from his mercenary exploits of the 60s in the Congo, was living in Durban, South Africa, had accepted the contract to spearhead the coup. He had recruited approximately 44 white men from crack units of the former Rhodesian forces and the elite South African Recce Commandos.

Most of the former Rhodesians had served in the Special Air Service, the Selous Scouts and the Rhodesian Light Infantry. All in all it was a bunch of gritty ex-military men with combat experience in Africa.

Five hours after it left Harare, the Air India 707 carrying my father swung low towards the runway at Point Larue International Airport. It went down straight in the path of one of two army trucks which had suddenly appeared on the runway. Its occupants oblivious to the approaching aeroplane in the din of exploding gunfire charged wildly at a group of mercenaries in a ground hold out. The aeroplane made contact with the tarmac just as the vehicle occupants noticed it ploughing headlong at them. They abandoned the truck with lightning speed and scurried for cover just as the huge aeroplane’s right wing tore straight into it, tearing it to bits in a deafening collision and spraying a spectacular shower of sparks engulfing the plane.

This was the first time the passengers knew that something was not right. The earsplitting sound, the spectacular fireworks and skidding sent a hushed wave of terror throughout the plane. People looked at each other agape but silently in the grip of terror. The nerves which usually precede the hard contact of solid rubber wheels on tarmac were still alive. The plane taxied swiftly to a halt with the passengers still in shocked silence. Its halt was greeted with the ferocious sound of reignited gunfire each side spurred by surges of adrenalin from the powerful impact of the touchdown collision.

Even more tracer bullets lit the night sky and more mortar shells exploded around the aircraft as if in welcome as the passengers sat helplessly in terrified silence. This was no way to arrive at an airport. Images of a bloody senseless violent death crossed each passenger made worse by the hopelessness of not knowing what was going on and why. All they knew but only because it was evident is that they had flown into a warzone and they were going to die. The plane was wedged firmly between the Seychelles government forces assisted by the Tanzanian army and the mercenaries fronted by Mad Mike on a paid mission to depose Rene. They returned fire for fire in a battle for the unexpected surprise gift getaway vehicle for Mad Mike.

The anguish and waiting was only just beginning. For hours throughout the evening and into the night, nothing happened except the sound of heavy fighting. Seychelles lies in the tropics and the weather is hot and humid. As afternoon of the next day wore on, the heat and humidity took over everything. The fusion of sweat, stale human odour, hunger, rising heat, uncertainly and terror inside the plane made it all the more unbearable. Most passengers sweating profusely had removed pieces of clothing, but my father stubbornly kept his jacket on despite the sweltering heat. Divaris leaned over to ask him if he was not feeling the intense heat. He told her that a gentleman keeps his jacket on no matter the circumstances and that in this particular case he was not taking any chances in case they needed to take to their heels and run for the sea. It was to be a running in joke between them for many years afterwards whenever they met.

For a long time, nobody came in or left the plane but at some time captain Umesh Saxena was summoned to the ground and more anxious endless waiting ensued while the gunfire continued. The captain found himself locked in serious negotiations between the mercenaries, airport staff and government forces.

Mad Mike having come to grips with the futility of his situation used his last card and demanded to be allowed to leave on the plane with his men. The airforces of several nearby African countries in the region were already on high alert including American forces in a nearby east African base. What became the biggest concern was the Zimbabwe government delegation on board.

The last thing the Seychelles government wanted was a diplomatic situation on its soil especially if harm came to the senior officials of the newly independent southern African nation and so they agreed to let the plane go. Makwavarara was slated for an Ambassadorial post, so it would have created an intractable diplomatic gaffe. Mad Mike had initially wanted the mercenaries flown to Yemen but settled for Durban, South Africa, instead.

Due to the security and staffing situation, the plane had to take off with limited runway lights. The captain was forced to take a walk the length of the runway to survey the distance. On islands’ runways, aeroplanes take off right at the edge where the land gives way to the ocean so not even a slight mistake can be afforded
After an eternity, three men armed to the teeth got onto the plane and menacingly walked up and down the aisle scanning and peering menacingly at every passenger. Within a few minutes, 41 armed mercenaries one of them with a head gunshot wound trooped very quietly on board carrying AKs, Uzzis and 9mm pistols.

They unloaded their weapons and took the vacant seats between the passengers. One of them, a hardy ruddy-faced, battle-hardened Boer took the empty seat next to my father. He nestled his AK-47 assault rifle on his hairy arm as the damaged plane unsteadily took to the skies.