The Chinese Belt and Road Initiative: what’s in it for Africa?

Source: The Chinese Belt and Road Initiative: what’s in it for Africa? | zimbabweland 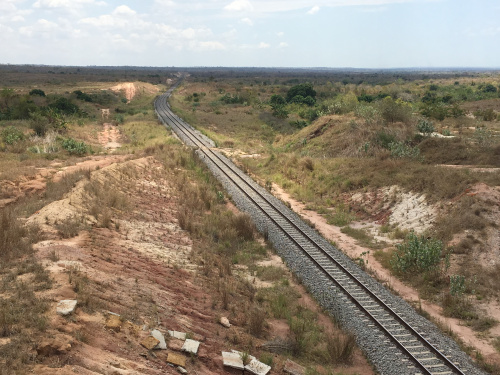 The huge Belt and Road Initiative (BRI) Forum recently concluded in Beijing. 37 heads of state attended, along with droves of policy advisors and numerous thinktanks and research institutes, including IDS where I work. Monica Mutsvanga, Minister of Information, Publicity and Broadcasting Services, attended on behalf of the Zimbabwe government. By all accounts it was a lavish affair, with grand speeches and big commitments totalling $64 billion. But what to make of it all from an African perspective?

As discussed on this blog several times before (see here, here and here), while Chinese engagements with Africa can be framed in terms of ‘new imperialism’ or part of a benign process of ‘mutual learning’, in practice a more nuanced perspective is needed. African states have agency in the process of negotiation, and the Chinese always adopt an incremental and adaptive approach to policy, in Africa as in China. There is no single top-down plan to be forced on unwilling recipients.

As our studies of Chinese (and Brazilian) investments in African agriculture (in Ethiopia, Ghana, Mozambique and Zimbabwe – reported in an open access World Development issue) showed, what emerges varies from country to country, project to project, depending on how negotiations play out. And this very much depends on which Chinese state owned company, from which province in China, is involved, and how African states and officials negotiate. Sometimes the outcomes are disastrous – inappropriate technologies and failed projects – but sometimes positive dynamics unfold. No surprises here: Chinese engagements are very similar to aid from Denmark, the UK or the US, just more focused on productive infrastructure and perhaps more honest and straightforward.

Beyond the BRI rhetoric

At the BRI Forum there was grand talk of mutual benefit, inclusive approaches and green and sustainable development. Just as with western aid, forget the rhetoric, and look at the practice. Chinese geopolitical and commercial ambitions are clear. The BRI is certainly about regional, even global, political influence, especially through trade. With coal mines and power stations being opened under its banner, forget the green credentials for now. As a strategic player, who plays the (often very) long game, the benefits to China of all the roads, ports and other infrastructure being built are obvious.

This does not mean though that such investments are disadvantageous to host countries and regions, just because China benefits too. The TAZARA railway built between Tanzania and Zambia in the early 1970s still provides an important trade link, assisting economic integration. New investments may too – but only if designed in the right way, and subject to careful deliberation and negotiation at a local level. Being too eager (or desperate) to receive Chinese investment could be dangerous.

Minister Mutsvanga’s speech in Beijing had a hint of this. Repeating the ED ‘mantra’ (her term) that Zimbabwe is ‘open for business’, she continued:

Zimbabwe has fertile soils and a favourable climate for farming and agro-industry. It is a treasure trove of much desired mineral wealth. Zimbabwe has gold, diamonds, emeralds and other precious stones. There is the diverse energy offering of hydroelectric power, thermal and coking coal, methane gas. For new and green energy there is, platinum, lithium, uranium and abundant solar. Base metals galore include chrome, nickel, vanadium, tin, rare earths and scores of others.

This sounds more than being open for bilateral negotiations around mutually beneficial investment; more an invitation to a resource grab. The Chinese are not immune to this, as the sorry tale of diamond mining in Marange shows. But it needn’t be this way: being open for business doesn’t mean open for any business on any terms.

Waving the flag, the state-run newspapers in Zimbabwe hailed the minister’s visit, and the prospects for Zimbabwe. But the list of supposed BRI projects – such as the new parliament – were planned long before, and nothing to do with building a corridor for trade. To link with the BRI hype in Beijing, the Chinese Ambassador to Zimbabwe opened a BRI art exchange exhibition, demonstrating how the two countries were connected. Cultural exchange is certainly a good thing, but Minister Mutsvanga, I think, was looking for more.

So what might a corridor development look like that has wider benefits for development, and is not simply a route to facilitating extractivism? A recent study carried out along the eastern seaboard of Africa – in Kenya, Tanzania and Mozambique – has looked at four very different corridors, all notionally connected to the BRI – LAPSSET, SAGCOT, Nacala and Beira. All involve major port and road/rail developments, linked to a variety of energy and agricultural investments of varying scales (see the earlier blog on Mozambique).

Our research contrasted corridors constructed as ‘tunnels’, conducting valuable resources out of a country and importing goods to metropolitan centres, and ‘networks’, that allow linkages to rural hinterlands and a dynamic of development associated with the investments. Each of our case studies showed elements of both at play.

Corridors, as Euclides Gonsalves explains for Mozambique, are about ‘acts of demonstration’, linking political ambitions to local development. The grand, stylised performances at the BRI Forum in Beijing also play out in villages and project sites in African rural areas. Enlisting and enrolling actors, and material artefacts (grain siloes, extension centres, new roads and so on), are part of the game. Enacting corridors has political and material effects, as some people are included and some excluded, and certain political interests are promoted. The net benefits may be positive, but the performative aspect is key, he argues.

Many corridors are about constructing imaginaries, and creating an economy of expectations, Ngala Chome argues for LAPSSET in Kenya. The corridor has been long planned, and while port facilities are being built in Lamu, many follow-on investments have not yet materialised. Anticipation, expectation and speculation create a new political economy around prospective corridor sites, as we see in the pastoral rangelands of Isiolo where the pipeline and road is expected to traverse. As our work under the PASTRES project shows, pastoralists in these areas complain this has resulted in a massive growth in speculative land deals.

A struggle over development and its directions is unleashed by corridor developments. Everyone has been crying out for investment, but when it comes, the terms of incorporation are inevitably uneven. As Emmanuel Sulle shows for the sugar and rice plantations in the SAGCOT corridor area of Tanzania, processes of displacement and disenfranchisement unfold. And this is even with ‘inclusive’ business models, such as outgrower schemes, heavily promoted by agricultural investors across the corridors.

What are the policy recommendations from our APRA corridors research? Here are the highlights:

All these are relevant for any investor, and for any corridor-style investment. I hope Minister Mutsvanga and the BRI planners take note, and avoid the rush to invest and take a more patient, deliberate approach that creates networks not tunnels.