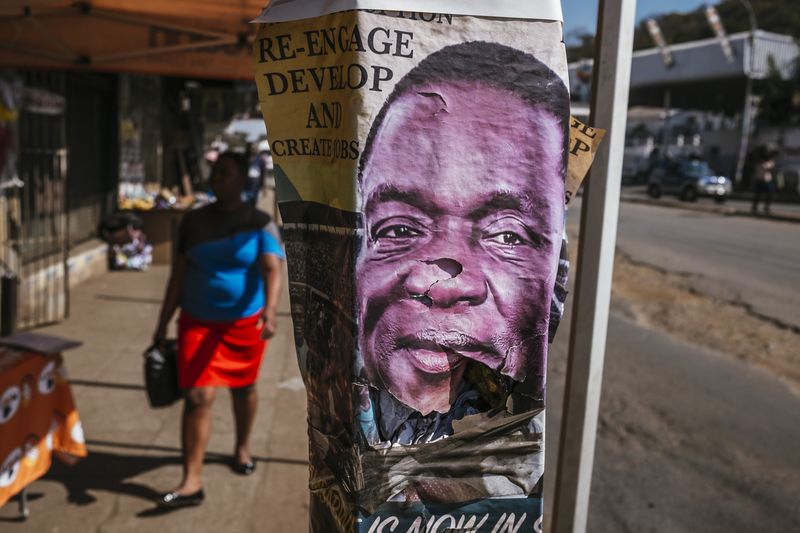 Source: The Fear Gap’s Back as Dollar Pinch Worsens After Zimbabwe Vote – Bloomberg

Stocks in Harare, the capital, have long traded above their fundamental value. Zimbabweans are rushing into the market to buy shares as a hedge against inflation, which is accelerating as the government prints a form of money called bond notes in response to a cash shortage.

One of the main ways investors measure how out of whack Zimbabwean equities are is by taking the difference between the London and Harare share price for Old Mutual Ltd., Africa’s largest insurer. Stock listed in Harare is now more than three times the price of the U.K. shares, when converted to dollars. It was less than double the price back in February, when confidence was high following the ouster a few months earlier of President Robert Mugabe, who presided over the economy’s collapse.

The surge in demand has driven the main equity index up 26 percent this year, the second-biggest increase globally. That contrasts with the sell-off afflicting emerging markets from China to South Africa and Brazil.

The government had hoped that July elections — won by President Emmerson Mnangagwa — would mark a turning point for Zimbabwe and lead to much-needed foreign investment.

That’s not happening yet, and the cash shortage continues to cause havoc. Banks limit daily withdrawals to as little as $30 and wheat supplies are running low because the central bank can’t provide millers with enough foreign exchange for imports.

And dollars are becoming dearer. While bond notes are meant to be just as valuable, they trade at 1.75 per greenback on the streets, compared with 1.55 at the beginning of the month, according to the Zim Bollar Index, a local website.

Mthuli Ncube, a former chief economist at the African Development Bank who Mnangagwa picked as finance minister last week, said he will accelerate plans to settle Zimbabwe’s arrears on about $1.8 billion of external debt and build foreign reserves in a bid to end the currency squeeze.