The high price of skin bleaching

Source: The high price of skin bleaching – The Zimbabwean 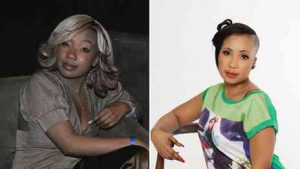 “I’ve been dark skinned for many years and I wanted to experience the other side. I wanted to see what it would be like to be white and I’m happy,” says South African singer Mshoza, whose real name is Nomasonto Mnisi.

Ms. Mshoza is famous for her music—and now for her bleached skin. She initially sought to bleach her hyperpigmentation (dark patches on the skin) but then decided to maintain a light complexion overall.

Skin lightening in Africa is not a new phenomenon. It has been around for decades. Skin-lightening products are sold on Amazon, an e-commerce marketplace.

But the World Health Organisation warns that skin bleaching can cause liver and kidney damage, psychosis, brain damage in fetuses and cancer.

A new skin-bleaching treatment that is catching on is the intravenous application of glutathione—a natural antioxidant produced by the liver. Intravenous glutathione treatments can lighten skin, and the product can now also be obtained in the form of antioxidant supplement tablets, writes Aneri Pattani, in an article on the topic for the New York Times.

Lately, skin care companies in Ghana and other African countries are increasingly using glutathione, trying to appeal to pregnant women aiming to lighten the skins of their babies in utero.

Ghana’s Food and Drugs Authority warns it has not approved any glutathione products either for oneself or “in the form of a tablet to lighten the skin of an unborn child.”

Injectables are the most dangerous

Injectables to lighten skins are “the most dangerous available now, partly because you do not know what is inside the injections … and many are buying from informal markets,” explains Shingi Mtero, who teaches a course on the politics of skin bleaching at Rhodes University, South Africa, in an interview with Africa Renewal.

The US-based Association of Black Psychologists notes that colourism—preference for lighter skin—may affect an individual’s self-esteem, perceptions of beauty and economic opportunities. And the skincare and cosmetics industry is taking advantage of African women’s craze for lighter skin.

Statistics compiled by the World Health Organisation in 2011 showed that 40% of African women bleach their skin. In some countries the figure is higher: a staggering 77% of women in Nigeria, 59% in Togo, 35% in South Africa, 27% in Senegal and 25% in Mali use skin-lightening products.

Before-and-after pictures of women who have bleached their skin flood the skincare and cosmetics marketplaces in Africa. Cameroonian singer Dencia operates a thriving business selling skin-lightening creams. She claims that “whiteness means purity.”

Most contemporary skin-bleaching creams contain ingredients that inhibit the production of melanin, a body chemical that darkens skin. One such ingredient is hydroquinone, a depigmenting agent that lightens skin. But WHO warns that hydroquinone’s side effects include dermatitis (skin irritation), blue-black discolouration and even blindness.

Some creams contain steroids, compounds that doctors sometimes prescribe to treat skin conditions such as eczema, allergic reactions and dermatitis, which are meant to be used for not more than seven days and only on affected areas. Overuse of steroid creams over a long period can cause thinning or weakening of the skin, stretch marks and easy bruising.

Because steroids reduce the number of melanocytes, or cells that produce melanin, manufacturers of skin-bleaching creams recklessly mix steroids into their products.

The continual use of these creams eventually leads to a dependence or addiction because when they are discontinued, the skin returns to its original color, according to researchers Meagan Jacobs, Susan Levine, Kate Abney and Lester Davids in their study Fifty Shades of African Lightness: A Bio-Psychosocial Review of the Global Phenomenon of Skin Lightening Practices.

In light of these dangers, African countries, including Ghana, Côte d’Ivoire and most recently Rwanda, have begun banning skin-lightening products, mainly creams with hydroquinone.

But manufacturers are fighting back. In some cases they may not list the names of banned ingredients on their products’ packaging. Skin-bleaching products are “more and more accessible over the counter in pharmacies and even in the streets and markets,” adds Ms. Tetteh.

“We are now educating people and seizing those illegal products,” says Francois Uwinkindi, director of the Cancer Diseases Unit within Rwanda’s Ministry of Health.

Why the whitening craze?

The skin-lightening phenomenon is a nuanced one, says Ms. Mtero, adding that “whiteness has been elevated and presented as a universal standard of progress. When people say it’s about whiteness, it’s not necessarily to physically be white, it’s about wanting to access things white people have easy access to—privileges, economic and social status.”

Ms. Mtero continues: “Light skin is what men want; it makes sense for women to assimilate to the standard that men want in order to increase the chances of getting married. And marriage serves as a form of social capital—being someone’s wife, a child bearer and esteemed member of society. It will elevate a woman.”

She adds, “Proponents of depigmentation maintain the illusion that lighter skin will allow them to find better jobs, and to seduce more easily.”

“This is the reason I believe banning these products will not completely solve the problem,” says Ola Orekunrin, a medical doctor and the founder of Flying Doctors Nigeria, an air ambulance service in West Africa. “We must open up a conversation around skin colour and beauty. The media, particularly the fashion media, must feature other types of beauty beyond the Western ideal, to end this colour bias.”

Following the remarkable success of the global blockbuster movie Black Panther, which featured a predominantly black cast, a growing number of young Africans are taking pride in their complexions, coining hashtags such as #melaninpoppin and #blackgirlmagic to celebrate their dark skin tones.

Internationally acclaimed Kenyan actress Lupita Nyong’o, who featured in Black Panther tells Vogue, a US fashion and lifestyle magazine, that “I cannot run away from who I am and my complexion or the larger society, and how they may view that.

She notes that acceptance and contentment in oneself was key to a successful life.

Newer Post
Be patient with us: Mthuli Ncube
Older Post
Cyclone Idai: Zimbabweans rally to help each other