Source: The power of the nation State – NewsDay Zimbabwe 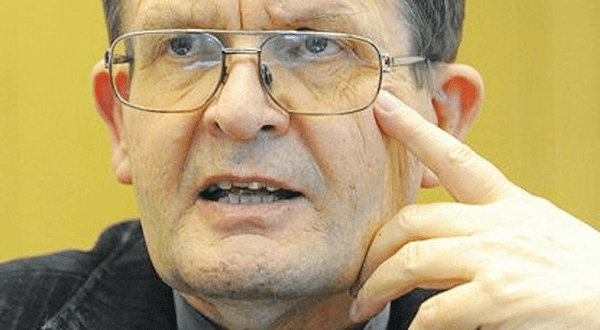 MORE and more nation States seem to be ruled by one-man dictatorships. Every day we are shown mass protests, despite the coronavirus pandemic. Hong Kong, with its special status within China, has been up in arms for many months. Turkey is moving towards becoming a very authoritarian regime. Brazil’s right-wing president tried to ignore the COVID-19 epidemic and is now overwhelmed by it. Lebanon has seen the devastation of its capital Beirut by an accidental explosion of chemicals. Bad governance is blamed for this catastrophe.

Russia, and now Belarus, are striking examples, even though they have democratic constitutions. Their presidents insist on staying in power, maybe for life (which means until death).

Many African Statesmen suffer from this disease of being unable to step down at the end of their term of office. In South Africa, Nelson Mandela was a shining example of a president who did step down voluntarily and did not wait for a military coup to remove him from power. Tanzania’s Julius Nyerere stepped down humbly at the right time. Kenneth Kaunda of Zambia was reluctant to go, but eventually respected the law.

Perhaps the worst case is that of the United States, which is presented to the world as a model of democracy. But American President Donald Trump claims “total authority”. How can “total power” fit into a democracy which limits power? Will the current president hand over power to his opponent if he is defeated?

His slogan is “Amercia First”. International agreements mean very little to him. The US has no part in the International Law Court in the Hague. Its president refuses to cooperate with the international community on climate change. The US is leaving the World Health Organisation (WHO) even though a pandemic like COVID-19 can only be defeated by worldwide solidarity.

Brexit (Britain’s exit from the European Union) is an irrational decision by nationalists. While other European countries tried to overcome selfish nationalism after World War Two, Britain stuck to its insular isolation and gave way to a national nostalgia for its imperial past. A suggested new law will break a treaty signed by the European Union and Britain in January 2020. But the time for individual nation states going it alone is over.

Nationalism often goes together with militarism and racism. Trump from the beginning called for more weapons and a larger army. Such a State relies on firepower for the maintenance of law and order. Police is trigger happy and the number of civilians being killed on the streets or in police custody is steadily rising. Zimbabwe too, which attained its independence through armed violence, has a ruling party controlling government which relies on violence to retain its hold on power.

Only international cooperation and solidarity can defeat the coronavirus. If an American laboratory succeeded in developing a viable and effective vaccine against COVID-19, would the US make this vaccine available to the rest of the world, especially to developing countries that need international aid in this dangerous situation? Or will governments refuse to look beyond their own borders in this anti-COVID-19 campaign and just use the emergency of the pandemic to gain a still tighter control of their populations, especially if there are forces preparing for “regime change”?

In which areas of our social and economic life do we need direct involvement of the State? Many of our citizens take State involvement in all sectors for granted. Whenever there are failures (eg in the health sector, education, food security, labour market), the man or woman on the street calls for government.

“Government must provide better health services, a more affordable education for our children, must subsidise our farming and give us food security”.

People rarely consider that many goods and services should be provided by private enterprise. Even if government guarantees basic health care and universal schooling for young children, there is every reason to allow other players to contribute to the needs of the nation with private initiatives. Not all schools need to be under the full control of government. No government should claim a total monopoly in any of these vital areas of our social and economic life.

For example, government promises health for all in its Constitution and must provide basic health services. But that still leaves space in the health sector for private doctors and hospitals, or for church hospitals and clinics, especially for the benefit of low-income workers in urban areas and for rural people and subsistence farmers.

A State monopoly in education, for instance, would enable the State to control access to higher education and eventually a higher income. Any increase in State power and control must be avoided. Monopolies increase the power of the State, but impoverish the low-income working population and reduce them to beggars at the mercy of State officials and the wealthy owners of industry who control the labour market.

While in an emergency like the COVID-19 pandemic, the State must control the spreading of this contagious disease, it should not usurp sweeping powers and retain them for the control of the social lives of citizens even after the worst is over, just to give the State more power.

Population is a highly sensitive area. For a long time, we were alarmed about the so-called “population explosion”.

The State took it upon itself to regulate births and control population growth. Foreign aid and subsidies for economic and social projects in developing countries were tied to family planning and population control.

But is it really up to the State to tell parents whether or not to have families? The State is guided by demographic forecasts which notoriously get population estimates wrong. Such forecasts are based on trends. Trends change.

We were warned by the media against the “population bomb” to come. Now more recently we are told that the “explosion” will not happen. The statistics will tip over and start shrinking. By the year 2100, some countries will have lost 50% of their populations.

People who live in great fear of “climate change” “refuse to procreate in the face of the existential threat of climate change” (Guardian Weekly, 31 July 20, p13).

They say young couples should remain “child-free”, a cruel slap in the face of African family culture. Other countries whose populations have long been below “replacement levels” (= more people dying than being born) begin to offer all kinds of “family benefits” as an incentive for parents to “procreate” in the interest of the state: labour is a crucial factor in industrial production. If there are no children, industry has no workers to engage.

China is still a one-party State with a Communist Party which does not recognise human rights, equality of all citizens, freedom of religion or the right to life. China was famous for her one-child policy. Such restrictive policies imposed by the State may have unforeseen consequences. If a couple can only have one child, they often opt for a boy, rather than a girl. As a result, there is a shortage of women; many men will not be able to find women to marry.

A “child-free” nation has no future. Children are welcomed into this world, not for purely economic reasons and power politics. In Nazi Germany, women were challenged to bear children for the “Fuehrer” (=the Leader). Children have a place on Mother Earth because they were given life by the Creator, parents being their co-creators. States should not manipulate populations for material reasons. They should respect every human life for its own intrinsic value and work for the common good of all.

The State is not an end in itself. It serves a purpose, ie the development and growth of the human person. Human beings are infinitely more than tools used in the pursuit of power politics. When Adolf Hitler called for more births, he did so because he wanted more soldiers.

Whether children are useful to the State, is not the question. Once children have been born, the State (and the church) have the “duty to help men (and women) to fulfil their personal and social vocation” (Bishops on Independence Day 1980). A State that does not empower citizens to fulfil this vocation is a “failed State”