There is no crisis to mediate in Zim: Sadc

Source: There is no crisis to mediate in Zim: Sadc – DailyNews 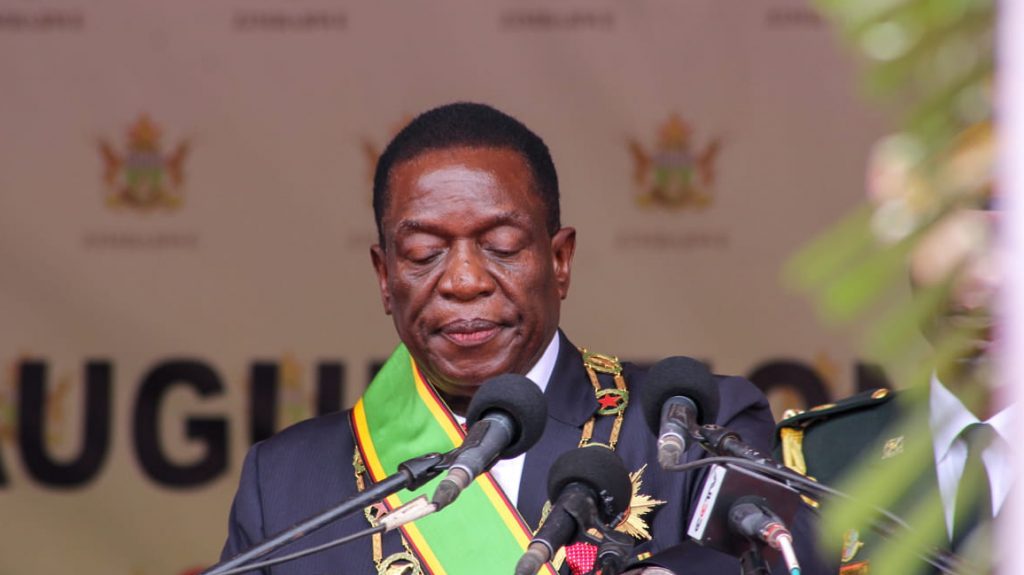 AS PRESSURE mounts on the Southern African Development Community (Sadc) to once again intervene in Zimbabwe’s political disputes, the Botswana-headquartered regional bloc says there is no reason for it to do so.

Speaking to the Daily News On Sunday yesterday, Sadc’s outgoing executive secretary Stergomena Lawrence Tax also said it was up to President Emmerson Mnangagwa and other local stakeholders to decide whether to hold national dialogue or not to move the country forward.

In addition, Tax said, Sadc had not been approached by the opposition to help mediate Zimbabwe’s mooted national talks — stressing further that there was no crisis in the country which demanded its involvement.

Tax said it was up to the authorities and the opposition to use existing local mechanisms to find rapport with each other.

“Zimbabwe as a sovereign state has its means and frameworks to guide the political affairs of the nation.

“Sadc as a regional bloc recognises constitutions and legislations of member states, and encourages Sadc citizens to resolve national political differences through peaceful means while abiding by the relevant laws.

“Peace and stability in the Sadc region is a key priority and a commitment that was made by all member states,” Tax told the Daily News On Sunday.

“In this regard, Sadc adopted a Protocol on Politics, Defence and Security Co-operation which stipulates interventions designed to prevent, manage, or resolve peace and security challenges, including significant intra and inter-State conflicts.

“At present, there is no intra-state conflict in Zimbabwe that requires the activation of the regional response mechanisms,” she added.

Tax also said contrary to recent claims by the MDC Alliance that the coalition had approached the regional bloc to facilitate dialogue between Mnangagwa and the opposition, Sadc had not been called upon formally by anyone to involve itself in the local disputes.

“Sadc is for Sadc citizens, and everyone is free to use relevant structures and mechanisms of Sadc.

“Sadc institutional arrangements consist of a number of structures. As such, the question is open ended in terms of “what is recent, and which structure was approached.

“As far as the secretariat is concerned, we do not recall being recently approached.

“We are not aware of any challenges specific to Zimbabwe which require the activation of any of the regional response mechanisms,” Tax further told the Daily News On Sunday.

This comes as there is a strong push by various groups in the country, including the church, for Mnangagwa, new opposition leader Douglas Mwonzora and MDC Alliance boss Nelson Chamisa to hold talks to help end Zimbabwe’s myriad challenges.

It also comes as the three key political figures have all appeared to warm up in recent weeks to the urgent need for national talks, to foster economic development and national unity in the country.

Last week, Chamisa said as part of its push for national dialogue, the MDC Alliance had approached the African Union (AU) and others to ensure that all-inclusive dialogue takes place.

“When two brothers are not agreeing, there is need for a third brother, and we think that South Africa and even Botswana, Malawi or any other brother from Sadc or the AU would be an appropriate umpire to help underwrite and scaffold the coming together of brothers that are not agreeing.

“So, yes, we still hope that it’s possible for people to agree on reforms. We have said we do not want to sit down to share power or to share government,” Chamisa said during a meeting organised by the Crisis In Zimbabwe Coalition.

He also said that the responses that they had received from the AU and Sadc were positive.

“The responses are very encouraging because they are making every effort and we are optimistic.

“It’s not a normal country where you wake up to everything not working … nothing functions and that’s a problem.

“We need to begin to start to feel for others. Zimbabweans are suffering and that suffering must really be a wake-up call in the conscience of Mr Mnangagwa.

“Dialogue is important. It’s actually a biblical injunction. Human creatures are a product of a dialogue … No solution to any national problem can be resolved without dialogue ultimately.

All this also comes after the church recently presented Mnangagwa, Mwonzora and Chamisa with a draft national talks framework.

The country’s top clerics, converging under the banner of the Zimbabwe Heads of Christian Denominations (ZHOCD), have been going full steam to foster talks between Mnangagwa and his political rivals.

The ZHOCD is made up of the Zimbabwe Council of Churches (ZCC), Zimbabwe Catholic Bishops Conference, the Evangelical Fellowship of Zimbabwe and the Union of the Development of Apostolic Churches in Zimbabwe — these bodies are believed to represent about 80 percent of the country’s Christians.

“The proposal is being shared with the diplomatic community, the business sector and civil society for their consideration because this is a conversation that the whole nation must have consideration regarding how we find consensus and lasting solutions to the challenges we are facing,” ZHOCD secretary-general, Kenneth Mtata, told the Daily News last month.

However, and in a significant setback to the talks push, the ruling Zanu PF has described churches as dishonest brokers.

Speaking to the Daily News On Sunday’s sister paper, the Daily News at the weekend, Zanu PF’s secretary for security, Lovemore Matuke, said the ZCC, in particular, was against the ruling party.

“What the ZCC is doing … is not what a church does. We have gathered intelligence as the Zanu PF security department that shows that it’s being driven and funded by people who are pursuing a regime change agenda in the name of national dialogue,” he charged.

In the meantime, political analysts such as renowned professor of World Politics at the University of London’s School of Oriental and African Studies, Stephen Chan, have said dialogue is the best way to help end Zimbabwe’s decades-long myriad challenges.