The threat of forced eviction is putting thousands of people across Southern Africa at serious risk amid the pandemic, Amnesty International said today. The organization highlighted two cases, in Eswatini and Zimbabwe, where authorities are attempting to remove people from their homes to make way for commercial interests, without following procedural safeguards and offering them any alternative accommodation.

Source: Thousands at risk of displacement due to imminent forced evictions in Eswatini and Zimbabwe – The Zimbabwean 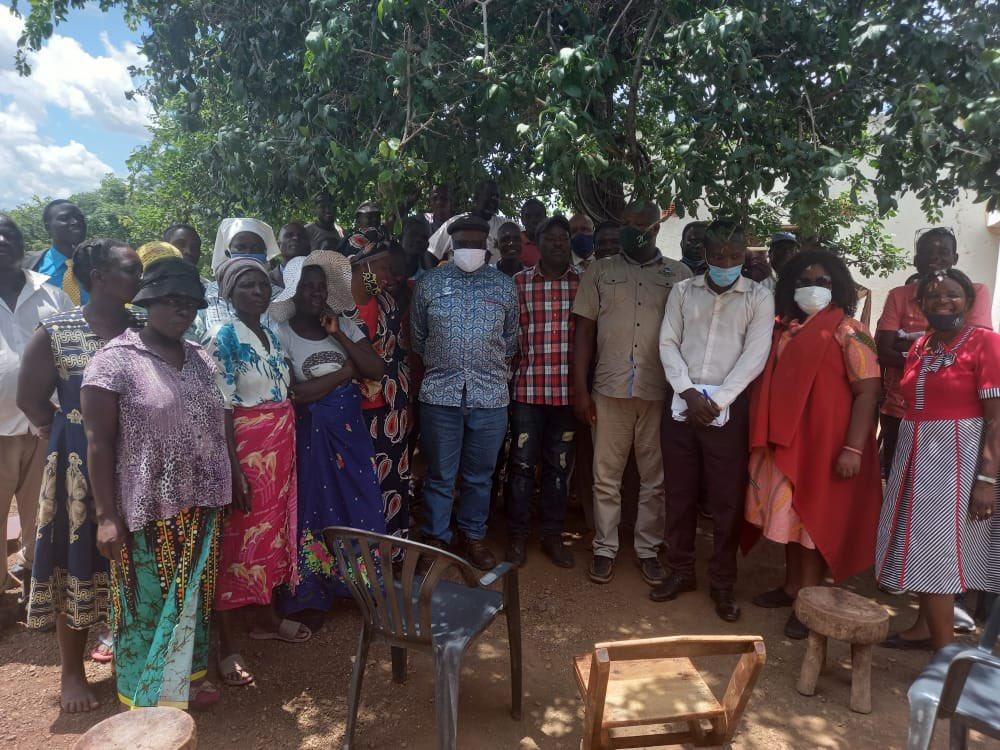 In Madonsa town in Eswatini, more than 100 people have been living under the threat of forced eviction for years, to make way for the Eswatini National Provident Fund, a national pension fund administrator. Residents are anxious and have nowhere to go after they were served with a legal notice by the Fund to vacate their homes by 5 March. Meanwhile in Zimbabwe, more than 12,000 people from the Shangani Indigenous minority group are still facing eviction from their ancestral land in Chilonga, and have reported being intimidated and harassed by authorities following a court order on 6 March to temporarily stall the eviction.

“Forced evictions drive people into poverty and destroy livelihoods. The communities in Chilonga and Madonsa have lived for years under constant threat of losing their homes, living in limbo while their governments utterly disregard their human rights in the pursuit of patronage and commercial interests,” said Muleya Mwananyanda, Amnesty International’s Deputy Director for Southern Africa.

“Both Zimbabwe and Eswatini have grim histories of not observing due process when evicting people, including failing to consult communities or offering alternative places of accommodation when carrying out evictions. It is especially appalling that these governments are attempting to make people homeless during a pandemic. These evictions must be immediately halted and legal safeguards put in place to secure the rights of people in affected communities.”

In Eswatini, an estimated 106 people are facing eviction in Madonsa after the Eswatini National Provident Fund brought a legal notice on 16 February to have their homesteads removed from the land by 5 March 2021.

In a 2018 report, Amnesty International revealed that many Swazis are vulnerable to forced evictions because they lack security of tenure, due to the country’s deeply flawed land governance system. Most of the country’s land is Swazi Nation Land, held in “trust” by the King who has the power to allocate it to individuals or families through his chiefs. The remainder of the land is Title-Deed Land, owned by private entities or the government.

The residents of Madonsa maintain that they obtained the land through the traditional process of kukhonta, in which allegiance is offered to the chief who in turn admits that individual into his chiefdom and allocates them land.

The threat of eviction began in 2012, and since then thousands of people have been evicted and are living in desperately poor conditions.  Despite this, more people have continued to build homes on the Madonsa land on the basis that they felt to be secure following the allocation of the land by the chief.

The people of Madonsa have not been adequately consulted or offered alternative accommodation. Despite this some people have already started dismantling their homes to avoid brutal forced evictions. These forced evictions are contrary to Eswatini’s international and regional human rights obligations.

In Zimbabwe, more than 12,000 people from the Shangani Indigenous community, who live in Chilonga in Chiredzi, are facing homelessness. On 26 February, the Local Government, Urban and Rural Development Ministry published a legal notice ordering thousands of people to leave their land immediately.

According to Statutory Instrument 50 of 2021, a government order, the Chilonga villagers are being evicted in order to set aside land for lucerne grass production – farming grass for stockfeed, for a dairy company.

By requiring immediate eviction the notice provided by the Zimbabwean government was wholly inadequate and this has been further exacerbated by no offer of compensation or adequate alternative accommodation. The evictions are thus in breach of regional and international human rights law ratified by Zimbabwe which prohibits forced evictions in all circumstances.

On March 6, the Masvingo Magistrates Court granted an interim interdict barring the arbitrary eviction of the villagers. The Court has reaffirmed that no one can just decide to evict people from their place of habitation without following the law.  Villagers are devastated and continue to live in fear due to a history of intimidation on those resisting eviction.

A forced eviction is the removal of people against their will from their homes or land they occupy without legal protections and other safeguards. Forced evictions can have a direct impact on a range of people’s human rights, including the right to housing, water, sanitation and food, as well as their access to livelihoods.

Under international human rights law, evictions may only be carried out as a last resort, once all other feasible alternatives have been explored and appropriate procedural protections, including genuine consultations with the affected people, are in place. Both Eswatini and Zimbabwe have ratified international and regional human rights treaties prohibiting forced evictions including the UN International Covenant on Economic, Social and Cultural Rights and the African Charter on Human and People’s Rights.