To win in 2023, Zim’s opposition has to court the military

Source: To win in 2023, Zim’s opposition has to court the military – NewsDay Zimbabwe 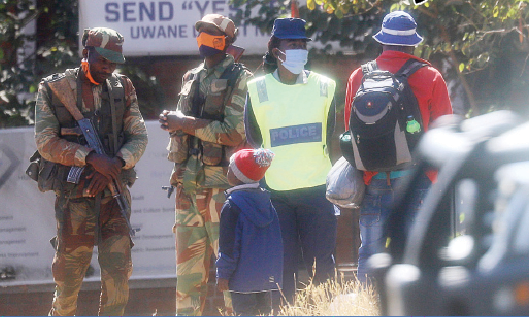 Chipo Dendere
IN 2023, Zimbabweans will vote in yet another critical election amid an ongoing economic crisis.

While 2023 might seem a long way off, Zimbabwe is already in campaign mode because parties, civil society groups and the government all know that elections can be won, lost and rigged well in advance.

The Nelson Chamisa-led opposition MDC Alliance has been galvanised by the recent Zambian election that resulted in the ouster of an authoritarian ruling party.

But is there hope for an opposition victory in a country in which the ruling Zanu PF has won every election since 1980?

It all depends on the security forces.

Unlike in the past when the military lurked in the shadows of politics, in the “post-coup” era the Zimbabwe Defence Forces (ZDF) are now openly involved in all aspects of politics.

One reason for this is that the army’s financial interests are directly tied to Zanu PF’s political survival.

Security sectors often depend on national budgets for allocation of resources.

But the Zimbabwean military has also accumulated vast — often hidden and untaxed — interests in mining, health, telecommunications and the media.

The situation will get even worse now that the ZDF has acquired a television station, NRTV.

Military figures will also be used to run the elections through the secondment of retired ZDF personnel to the Zimbabwe Electoral Commission (Zec).

In 2018, Zec chairperson Justice Priscilla Chigumba told Parliament that at least 15% of their staff were former military officials.

Free and fair polls cannot take place under these conditions.

So how can Zimbabwe get out of this mess? The military is too strong to be defeated through force.

This means that the opposition will have to persuade the military rank-and-file that they will be better off in a better-performing economy under Chamisa, while assuring the top brass that its interests — economic and all — will be secure in a post-Zanu PF world.

This may be distasteful, but it is also likely to be necessary to realise political change.