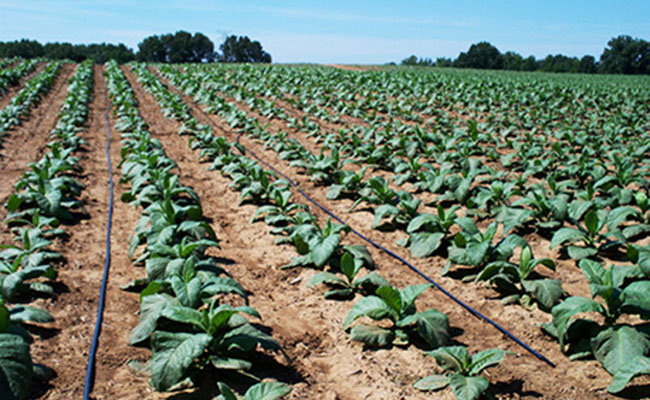 A LEADING farmers union has called on government to crack the whip and stop the “extortionist” behaviour shown by contracting companies involved in the foreign currency-spinning tobacco industry.

The outspoken Tobacco Farmers Union (TFU) warned that output for the golden leaf could continue to drop unless contracting companies are reined in and directed to treat small-scale farmers as equal partners in the production process.

The TFU’s claims followed an exodus of farmers out of tobacco farming this season.

The union said farmers’ interest in growing tobacco had decreased because contractors were claiming the lion’s share of earnings realised from the sale of the crop.

Zimbabwe is one of the world’s biggest tobacco exporters, having produced 190 million kg last year, earning farmers about US$748 million.

But official statistics indicate that farmers paid back US$400 million to contracting companies, leaving them with only US$350 million.

“Tobacco contract farming in Zimbabwe does not benefit the ordinary farmer,” the TFU said in a statement ahead of the start of this year’s marketing season.

The season is expected to kick off next month if regulators are convinced that World Health Organisation protocols on controlling COVID-19 are adhered to, according to Tobacco Industry Marketing Board (TIMB) chief executive officer Andrew Matibiri.

“It (contract farming) turns farmers into slaves to enrich the contracting companies. Farmers are turned into disguised workers for the contracting companies and they are always in credit, leaving them without surplus money to recapitalise and survive. The contracting companies do not give farmers enough inputs or sometimes farmers are given things that do not add value to their business. After giving farmers inputs, these companies charge exorbitant interest on the inputs, straining the farmer who spends more than six months working on the crop. As if it is not enough, these companies offer farmers manipulative prices (wholesale prices) for high quality tobacco which does not empower the farmer to continue production. This is evidenced by the decrease in the hectarage of tobacco this season,” the TFU claimed.

It claimed usury levels had reached unsustainable proportions in tobacco farming, with contractors only worried about wealth creation at the expense of poor farmers.

“Tobacco Farmers Union of Zimbabwe urges the government through the Ministry of Agriculture and TIMB to take action and put stiff requirements for one to register a contracting company so as to limit the mushrooming of bogus and incapacitated fly-by-night contracting companies that don’t have farmers at heart. TIMB should look into the matter as a matter of urgency and make sure such incapacitated companies are banned from operating and their licences are withdrawn as these companies are bringing rot into the industry,” the union said.

“TIMB should have a follow-up mechanism to make sure that these contracting companies adhere to its regulations and if found on the wrong side of the law, they should be banned from operating. It should also put up measures to stop the same companies from capturing farmers’ grower numbers without the farmers’ consent as this causes confusion to farmers’ as they attempt to make their sales, especially during times like these where movements are restricted due to the national lockdown,” the TFU added.

The union said given that the tobacco sector earns the country close to US$1 billion annually, government should empower tobacco farmers through its inputs schemes to avoid the extortion that is now rampant in the sector.