As Washington trims the short list to succeed Jim Jong Kim at the World Bank, there is speculation the choice may see a welcome change in policy for Africa and Asia. 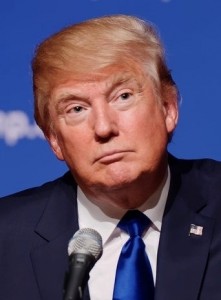 The White House has confirmed President Donald Trump is close to announcing his nominee to lead the World Bank after current boss Jim Jong Kim’s surprise resignation, two years before he was due to step down.

Sources close to the Oval Office said Mr. Trump’s view on energy could be “pivotal” to the choice. As largest shareholder, the US has final say on who leads the bank.

In 2012, Dr Kim imposed a ban on projects using coal, a policy that affected South Africa’s Eskom along with Kenya, Tanzania, Botswana, India and the Philippines, all of whom are building coal-fired power plants and had to find money elsewhere.

In 2016, Mr. Trump opposed rival candidate Hillary Clinton’s plan to shut US coal mines, and won in states that had not voted for his Republican Party in half a century.

Since his victory, he has angered environmental groups by passing laws they claim have helped oil, coal and gas at the expense of wind and solar.

Dr. Kim who was born in South Korea but grew up in Iowa was the first Asian to head the global funder. Since 1946, every bank president has been American with the exception of Sydney lawyer James Wolfensohn who was appointed by Bill Clinton and served for a decade until 2005.

Kim was chosen by Barack Obama in 2012 and has left to join a Nigerian-led firm specialising in finance for developing countries.

He has been criticised for his hard-line on climate change, forcing through a ban on coal and extending it last year to all fossil fuel.

Between them, India and China are developing more than 1500 new coal-powered generators with hundreds more across Africa and Asia. An estimated 600 million Africans live without electricity.

Researchers at the University of Witwatersrand in Johannesburg have pioneered methods of using coal cleanly. India, Australia and the US have embraced a mixed system for a cleaner burn while piping off the remaining emissions. Chemicals are extracted from the gas and sold as a byproduct.

But Dr Kim refused to consider the new technology. Last year he conceded that African leaders were opposed to his policy but said he would not change it.

In the late 1970s, as Robert McNamara came to the end of his term at the bank, Zimbabwean Bernard Chidzero was viewed as a successor but instead took a post as minister for development in the first Mugabe government of 1980.

Chidzero would later stand as secretary general of the United Nations, only to be defeated by Egyptian diplomat Boutros Boutros-Ghali.

At the Davos economic summit in Switzerland last week, former Nigerian finance minister Ngozi Okonjo-Iweala – who was shortlisted against Dr Kim in 2012 – said she would consider the post, “if I am nominated and if the circumstances are right”.

Mrs Okonjo-Iweala served in the cabinets of Olusegun Obasanjo and Goodluck Jonathan.

Analysts say while Mr Trump may decide to appoint the first female president of the bank, concerns of Africa and Asia would be factored into the decision.

Trump and his energy secretary, former Texas governor Rick Perry, have long opposed the ban on fossil fuel. Zimbabwe is working in a plan to retool its generators near the Hwange colliery but, with high levels of debt, Harare is unlikely to obtain finance from any of the global institutions.

Mr Worthington told Forbes magazine the bank’s mandate was, “to bring people out of poverty” a goal that had been neglected by debate over climate change.

“If you look at where you have people starving in poor countries all around the world, and they have no access to energy, denying them the right to fossil or any energy resource is insane and it’s an ill-founded approach,” he said.

In one of his final acts before leaving on 1 February, Dr Kim spoke at the release of a bank-sponsored report on climate. He said changing temperatures would “affect all human and natural systems in many ways,” including drought, flood and infectious disease.

Acting president Dr Kristalina Georgieva of Bulgaria, who also serves as CEO of the bank, called for “private and public investment” to combat the problem.

There is speculation that, if Mr Trump appoints a president who reopens funding for coal power stations, several of the bank’s senior executives could resign.

However a change in policy is likely to receive endorsement across the developing world.