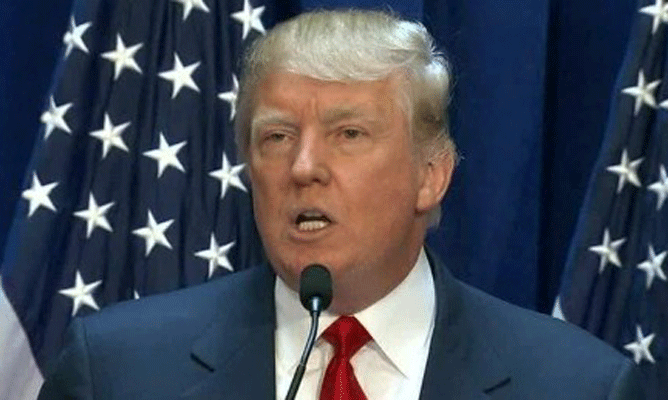 OPPOSITION MDC-T leader and MDC Alliance presidential candidate Morgan Tsvangirai has dispatched a high-powered three-member delegation on a global campaign, including a visit to United States President Donald Trump’s offices in Washington DC, to ratchet up international pressure on President Emmerson Mnangagwa to implement electoral reforms and level the political playing field ahead of next year’s general elections.

The team, made up of MDC-T vice-president Nelson Chamisa, MDC president Welshman Ncube, who doubles as MDC Alliance spokesperson and People’s Democratic Party leader Tendai Biti, yesterday left Harare for Ethiopia before proceeding to the US and Europe as part of the diplomatic mission.

Timba added: “You are aware that the country has since 2013 faced a crisis of legitimacy and that those elections were not credible and up to now Zimbabwe has not been able to exorcise that illegitimacy. It will be difficult for us to move to the next important step of economic revival without that legitimacy. The MDC Alliance is, therefore, of the view that unless we address the fundamental crisis of legitimacy, it will be impossible to address the symptomatic economic crisis.”

This came amid fears that Mnangagwa, who succeeded former President Robert Mugabe in a “military takeover” last month, could delay implementing the reforms to keep Zanu PF in power.

Analysts have described Mnangagwa as a Mugabe rebirth, though with “a different haircut”, especially after the former recently unveiled an exclusively 21-member Zanu PF Cabinet at a time he was widely expected to rope in technocrats from the opposition.

The MDC Alliance, which comprises of seven opposition parties, has insisted on electoral reforms among its key demands ahead of next year’s crunch polls, which they want observed by the United Nations.

NewsDay is reliably informed that the opposition leaders will make their first stop-over at the African Union headquarters in Ethiopia before proceeding to the US and Europe.

“These are high-level meetings focusing on the global push for free and fair elections. Initially, the invitation was for MDC-T, but the party saw it prudent to include other alliance leaders, so that they pull together,” one of the delegates who spoke on condition of anonymity, said.

“The diplomatic onslaught for the opposition leaders is against the three possibilities of rigging at the hands of Zanu PF, which are terror and violence, outright rigging by distorting election results and the most possible scenario of failing to accept the results, as happened in 2008.

“These scenarios demand international guarantors, so that Zanu PF will respect the will of the people. President Emmerson Mnangagwa just promises that the country is going to have credible elections, but he is not giving characteristics to arrive at the free and fair elections.”

The opposition parties’ diplomatic offensive, which came on the eve of Zimbabwe Electoral Commission chairperson Justice Rita Makarau’s shock resignation, has once again raised the country’s political antenna and thrust Zimbabwe on the international spotlight.

MDC-T spokesperson Obert Gutu said the need for free and fair elections could not be over emphasised.

“Free and fair elections are the exit point from Zimbabwe’s long-standing political and socio – economic challenges. Since the year 2000, elections in Zimbabwe have invariably given rise to contested results,” he said.

“Put bluntly, elections were always rigged by the Zanu PF regime and this resulted in political instability and economic retrogression. Zimbabwe should have a legitimate government chosen through a free and fair election.”

Sue Onslow, a specialist in African history at King’s College, London last week told media, the reforms should include increased electoral education, updating the electoral roll, a drive for voter registration, equality of access for all political parties in the media and international verification of results.

“It’s about developing institutions that build towards free and fair elections. (Otherwise) elections can be stolen months before the actual polling day,” she said.