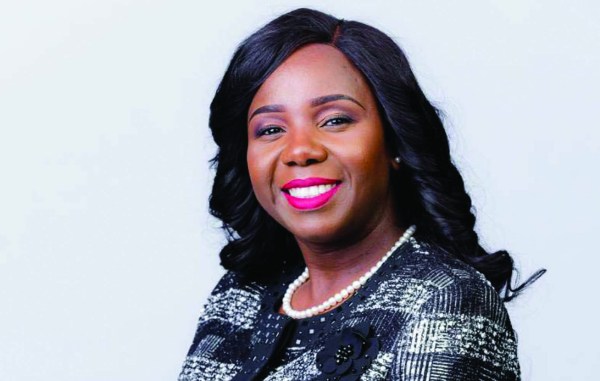 STRONG willed and ready for the rough and tumble that is characteristic of Zimbabwe’s treacherous political landscape, former Prime Minister Morgan Tsvangirai’s daughter Vimbai-Java (pictured), is ready for the big time.

In this interview with NewsDay senior reporter Richard Chidza (ND), Vimbai (VT) who will represent the MDC Alliance later this month as a parliamentary candidate in Glen View South constituency, comes short of disclosing a wish to take over the leadership of the opposition MDC-T formed by her late father almost 20 years ago. Below are excerpts;

ND: How did you end up a politician, following your father’s footsteps?

VT: I have been a politician and coming from a political family it is always been there. And being a child to Morgan and Susan Tsvangirai, you would not have escaped it.

ND: Tsvangirai was terrorised by former President Robert Mugabe for the greater part of his political life. Would you think Mugabe has changed now after November last year?

VT: Let me begin by explaining my father’s character. He was a forgiving man no matter how much you wronged him. At some point he would forgive you. That’s why you will find that despite him winning elections, they robbed him of victory, but he came back to sit down with them and form the Government of National Unity despite the killing of opposition activists as well as the violence.

ND: Why did you choose Glen View South constituency?

VT: It was one of the first seats my late mother helped set up structures. So I have always been connected to it and it made sense to me to go there.

ND: So your mother helped set up political structures?

ND: Did you accompany her? Very few people know that Susan Tsvangirai was involved in real political activity?

VT: I was still young but I feel a connection to it. Oh yes she was. Actually in most areas she was heavily involved.

ND: But there have been suggestions that your father chose that seat for you after initially trying Mt Pleasant?

VT: True, we sat down and he indicated he wanted me to take up the challenge and try to represent Glen View South.

ND: You don’t think your father imposed you on the people of that constituency?

VT: No. I don’t think it is imposition because the people of Glen View South love me.

ND: The family at some point was divided over the leadership of the party with reports that majority were against now president Nelson Chamisa’s leadership. When did allegiances shift?

VT: I think the MDC is a democratic party. But unfortunately as regards the family we have uncles in the family and they are better placed to answer these questions.

ND: We have heard that Mrs Elizabeth Tsvangirai held a memorial that most family members did not attend. Why?

VT: Tsvangirai was a man of the people and a former Prime Minister of this country. At the time of his death many people would have held memorials and they were free to do that. The family is still planning to hold one.

ND: There was talk that Tsvangirai might have been declared a national hero. How would you have felt?

VT: My father fought for democracy in Zimbabwe and remains a national hero.

ND: Do you see yourself eventually taking over the party leadership?

VT: I don’t know. We will see what the future holds. But for now we are fully behind MDC Alliance presidential candidate Advocate Nelson Chamisa. He is the president at the moment.

ND: What if the MDC Alliance and you lose this election. What happens?

VT: It is impossible for us to lose this election. Given the people we are gathering and the numbers we see at our rallies, there is no way we are going to lose. I also strongly believe that in the hearts of each Zimbabwean, there is a yearning for change. This is the time. We will win this election.

ND: How do you juggle politics and church business being the wife of a pastor in your own right?

VT: I am a woman of God and it does not change whether I am in business, politics or at church. I think there is need for more God-fearing leaders in the political arena. I have seen the ugly side of politics. I think we should move away from the narrative that politics is dirty. If we are going to move this country forward, we need God-fearing leaders.

ND: What are your plans for Glen View South?

VT: I am a town planner by profession and I would want to help especially as regards infrastructure issues. The roads, water and sewer reticulation decay is heart-breaking. It is unfair to have people getting water for only two days a week. I want to fight for that. We all pay the same rates to the same council despite the geographical divisions between the high and low-density areas. We will also look at empowerment projects for the youth and women. Morton Jaffray Waterworks was built to serve half a million people but now it is over-stretched. Something needs to be done and I could help.