Conventional economics does not often apply to the Zimbabwean economy. If we take as an example the period during the GNU from 2009 to 2013, the hard currency revenues to the State (without changing the rates applied) grew by an average of over 70 per cent per annum. In 2009 it was a mere US$280 million and by 2013 the budget was based on revenues of US$4,3 billion. To date, no one has attempted to explain how that happened.

Source: Understanding What is Going On – The Zimbabwean 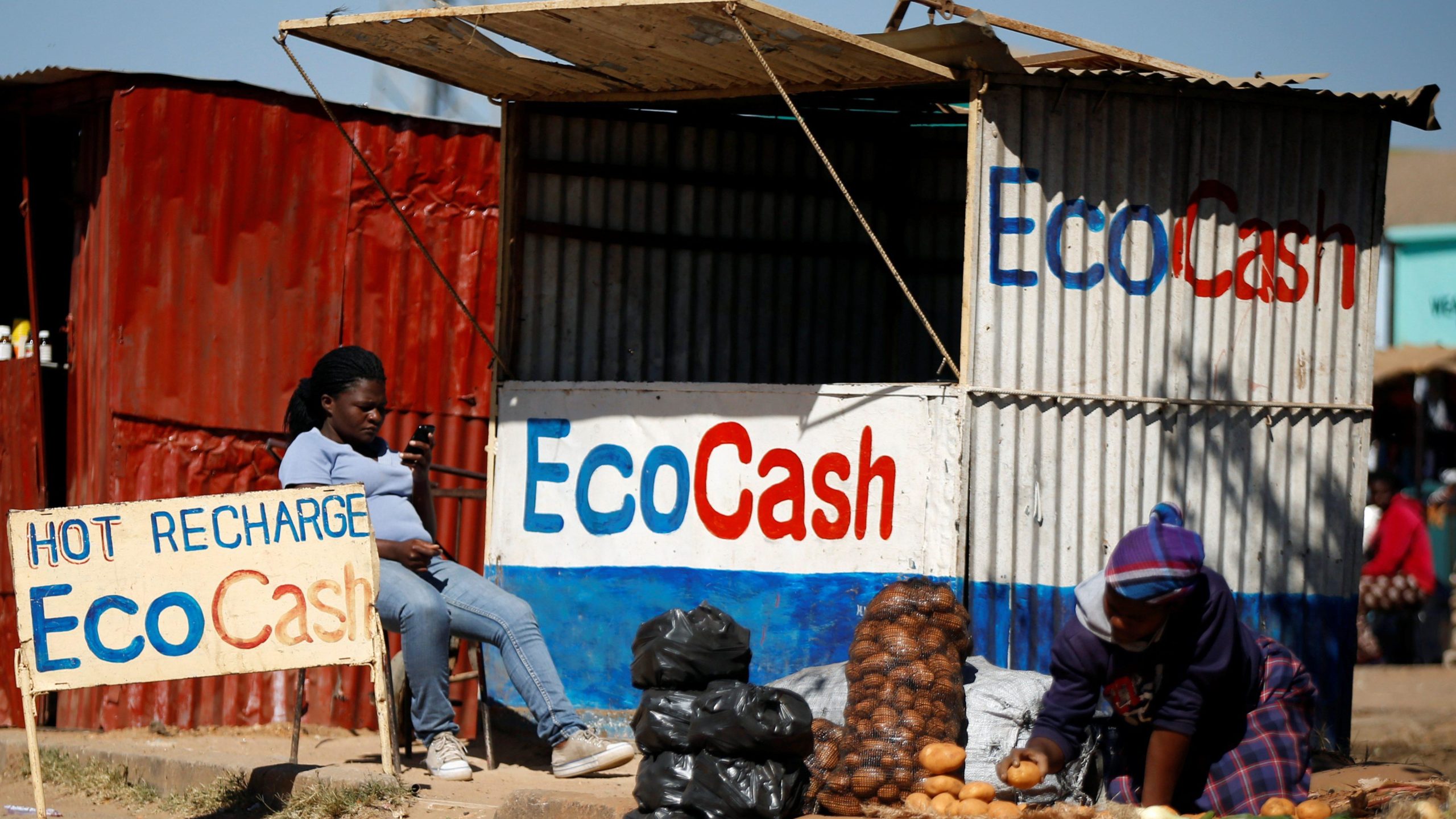 In 2009, when the GNU had just come into being, all retail outlets of all kinds were empty – wholesalers, stores, supermarkets and filling stations. In six weeks everything you could want was in free supply. Where did the hundreds of millions of hard currency come from? No one has even attempted an answer. Today only about 10 per cent of all adult Zimbabweans have a formal job; we have no safety net here, no means of meeting essential basic needs except a bit of food aid and we do not see the usual signs of abject poverty and hunger that you see in many other countries and places, how does 90 per cent of our adult population survive? Again, no rational economic reasons are given.

Today we live in a country where we understand there is no confidence, no foreign investment and little liquidity in the banking system, yet for the past decade we have been in the midst of the largest sustained building boom we have ever seen. Google any Town or City in Zimbabwe and the physical evidence is there for all to see – hundreds of thousands of homes under construction – not shanties, real homes, many with tiled roofs and all amenities. Yet the Reserve Bank tells us that the Diaspora sends home only about US$800 million every year. Where does the money come from? How does it get here?

I am not saying things are OK – clearly we have problems, but what I am saying is do not use conventional economic principles to try and interpret just what is going on.

In 2019 we had all the ingredients in place to secure a stable and growing economy. We had a fiscal surplus, improved discipline in State finances, we had a balance of payments surplus (on paper) of nearly a billion US dollars with total foreign currency inflows of about US$7 billion and official outflows of US$6 billion. We had a Reserve Bank that was trying to get money supply under control and had almost succeeded by the end of the year. If you went into a supermarket in 2017 and measured what was the percentage of locally produced goods on the shelves, you would have struggled to identify 5 per cent. By the end of 2019, the percentage of locally produced goods was over a third. Industrialists were reporting that they were, once again, regionally competitive. Exporters were all reporting the same thing and exports were growing fast.

But in the past year, the wheels have again come off the economy. Inflation is nearly 1000 per cent per annum and our local currency, which was worth one US dollar at the start of 2018, is now worth US$1 cent? In 2019 we had a specific problem with money supply for a short period due mainly to one issue, once that was fixed, this should not have happened, but it did. Why?

In the period 2003 to 2008, the main driver of inflation and the reason why the local currency crashed was quite simple really – and classical. We ran a massive fiscal deficit and to fil the gap in State revenues, we printed money. When finally, the State woke up to what it was doing and we introduced the multi-currency system (we did not dollarise – that happened naturally) the change was dramatic and instant. Prices which were doubling every three hours on the 16th of February 2009, were down to minus 7 per cent in three months. We did not print money (the machines were literally closed down) and without any help from anyone, Zimbabweans started using the Rand and the US dollar as their main means of exchange. When finally, we demonetised the local dollar it cost us US$23 million – not even US$2 per capita.

Apart from the destruction of all monetised savings, it destroyed debt and left every bank, building society and insurance company completely broke except for physical assets. Eliminating the market for farm land took another US$15 billion out of the economy in the form of collateral assets. One aspect we did not understand at the time, was that we inadvertently gave the US dollar an enhanced value that it did not deserve when we finally settled for the dollar as our main means of exchange. The result, we destroyed the competitive character of our productive economy, only the extractive industries survived.

With the king of all currencies as our main trading vehicle, we became the regions supermarket, importing everything from outside the country, even water in plastic bottles.

When Mthuli Ncube became Minister of Finance in 2018, coming from the rarefied altitude of the Alps in Europe, he quickly identified that we had, in effect, created a new currency for ourselves because we simply did not have enough of the green stuff to go around. He called it the “RTGS dollar”. Clever and spot on and we had a mountain of the stuff, 23 billion dollars of it. We thought it was USD and that we were rich, it was a national deception.

The moment he made it unconvertable, the RTGS dollar was adrift in a sea of uncertainty and doubt.  Our collective minds went back to 2008 and we all said to ourselves – not again! What the authorities failed to recognise was that not only had we dollarised during the GNU but we had discovered electronic banking and Strive Masiya had brought the ubiquitous cell phone to our streets. Like everything Zimbabweans do, we took to these new tools with great enthusiasm.

When I was in Parliament in 2016, I noted that electronic transactions had taken over all aspects of our trading system and we were transacting a billion dollars a day on average. I made a speech in the House calling for a tax on these transactions and arguing we could replace VAT and PAYE with a single tax of 5 per cent on transactions. What I also noticed was the massive growth of Ecocash, now the largest financial institution in the country.

When the currency began to act in a completely irrational way earlier this year, we took another look at Ecocash and discovered that they had a category of client they call “bulk payers”. These were high value individuals and corporates who were transferring billions of dollars to Ecocash and asking them to buy real USD for them – mainly to protect its value. The accumulation of hard currency accelerated in Nostro accounts at Banks until today we have over US$1 billion in local FCA accounts.

It was the activity of tens of thousands of Econet agents on the streets, competing to buy what limited USD was available that was one of the main drivers of the exchange rate. Coupled to a complete lack of confidence in the money system and the demand for hard currency to buy gold for illegal export – again to protect value, this became an avalanche.

Finally, four weeks ago, the President called in the Governor of the Reserve Bank and gave him an instruction to go back to his office and float the local dollar through an auction system. At 15.00hrs the statement came out and a week later the first auction was held. The price came in at half the street rate at the time. In two days, local companies that had applied for currency on the auction and were successful were paid. The impact on the system was seismic. We are now about to hold the fourth auction and the open market rate has fallen by 20 per cent to about 80 to one, reflecting more accurately the reality of our fundamentals.

Zimbabweans have assumed that because the State has allowed the use of harder currencies for local transactions, that we are re-dollarising in some form or another, that is not true. We are trying to re-establish the value of the local currency because the fundamentals dictate that we should in fact have the strongest currency in the region, not the weakest. It takes a great deal of courage to stick to your guns in a blizzard like this, but if we do, when the sun comes out on the other side we will find ourselves in a different country.

Still a great deal to do, many important issues to tackle, but we are now back on track.