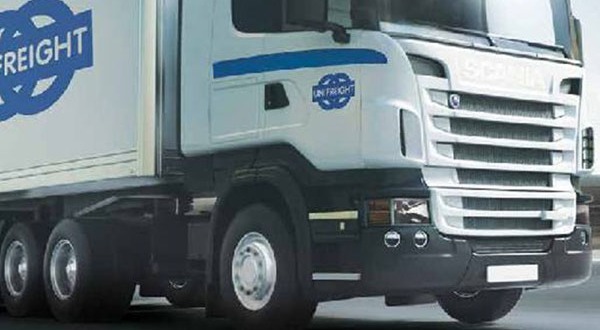 The deal is part of a mega transaction announced by ZHL last month, which will see it acquire two UAL subsidiaries as it seeks to diversify operations.

The Unifreight subsidiaries at the centre of the transaction are Tredcor Zimbabwe, where it controls 51% shareholding and Birmingham Investments, in which the logistics firm has full shareholding.

If Unifreight shareholders approve the transaction at a special meeting on November 12, it will take over 18 399 564 newly-issued ZHL shares in exchange of its 51% shareholding in Tredcor.

In addition, the transaction will result in Unifreight assuming control of 15 774 446 newly issued shares in ZHL in exchange for its stake in Birmingham Investments, according to a statement released by the logistics group.

“Unifreight shareholders are being called by notice dated October 28, 2020 to attend the (extraordinary general meeting) EGM of the company … to consider and, if deemed fit, approve … the proposed disposal by Unifreight Africa Limited’s sub-subsidiary, Clan Services (Private) Limited, of its 51% shareholding in Tredcor Zimbabwe (Private) Limited in exchange for 18 399 564 newly-issued ordinary shares in Zimplow Holdings Limited,” Unifreight said.

It said the EGM would also discuss “the proposed disposal by Unifreight Africa Limited of its 100% shareholding in Birmingham Investments (Private) Limited in exchange for 15 774 446 newly issued ordinary shares in Zimplow Holdings Limited”.

“Zimplow has offered to acquire Unifreight’s 100% shareholding in Birmingham Investments for a consideration of $57 984 401,88 to be settled with 15 774 446 newly-issued ordinary shares in Zimplow such that, Zimplow will become the sole shareholder of Birmingham Investments and Unifreight will become a shareholder of Zimplow holding a total of 15 774 446 ordinary shares in Zimplow,” the circular said.

UAL said the disposal of Birmingham and Tredcor had become necessary after both companies were negatively affected by the economic downturn.
It said as a result, their problems had caused a strain on the business.

“Birmingham Investments is the 100% shareholder in Birmingham Property (Private) Limited. Birmingham Property’s sole asset … has been vacant for almost a year now owing to difficulties found in the industrial property sector. The industrial property sector has not been spared by the economic downfall which has resulted in very high voids,” Unifreight chairman Peter John Annesley, said in a letter to shareholders.

“This has been worsened by the flooding of imported goods and the inability of the local manufacturing industry to compete with external suppliers especially from China and South Africa. Lack of credit, high interest rates and obsolete production equipment, have likewise weighed down the sector, underpinning the already high vacancy rates. Tredcor on the other hand, is being affected by competition from suppliers of cheaper Chinese vehicle tyre brands that are flooding the market at a time its flagship brand, Goodyear tyres, are becoming pricy due to high inflation, rapid depreciation of the local currency and scarcity of foreign currency.

“Declining disposable incomes have adversely impacted demand for Tredcor’s high premium, reliable and durable tyres as consumers are downgrading to cheaper alternatives.”
He said it was against this background that the UAL board sought sustainable solutions for both Tredcor and Birmingham Property with them concluding negotiations with Zimplow on the matter.

Subject to shareholder and all regulatory approvals, the transaction will lead to a “restructuring and reorganisation of the Unifreight group’s balance sheet and businesses in a manner that will provide sustainable solutions to Tredcor and Birmingham Property businesses,” said the firm.