Speaking after a meeting with President Mnangagwa at his Munhumutapa offices in Harare, President Masisi said he was ready to deepen the relations that existed during the tenure of his predecessor Mr Seretse Ian Khama.

President Masisi landed at Robert Gabriel Mugabe International Airport around 5pm and flew back to Botswana after an hour’s meeting. 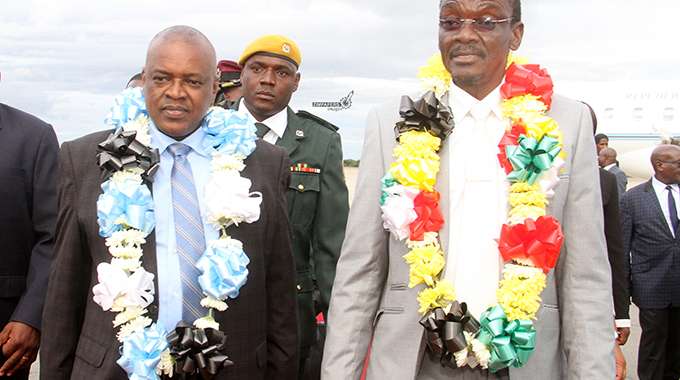 Vice President Kembo Mohadi and a team of Cabinet ministers received the Botswana delegation at the airport.

President Masisi described his meeting with President Mnangagwa as “rewarding”.

“It was a very rewarding experience,” he said. “It was important that we touch base with our neighbours, particularly my seniors, paying homage to them.

“We came to reassure President Mnangagwa of our bilateral relations and commitment to improve and deepen them. I came here to pay my respect. I am going back, better than I came here.” 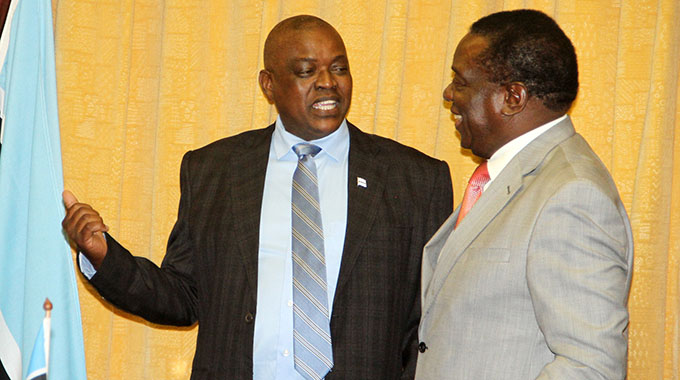 President Masisi expressed satisfaction at the hospitality he received, saying he will be back to Zimbabwe in the second half of 2018 for further developmental discussions.

“We have been received warmly by Vice President Mohadi,” he said. “We met President Mnangagwa and it had been smiles from beginning to end.

“I am glad to state that President Mnangagwa has been generous indeed, and was very friendly. He even invited me to pay a State visit, which I happily agreed to and we are yet to set the dates.

“Probably we will come and engage with Zimbabwe leisurely in the second half of the year.” 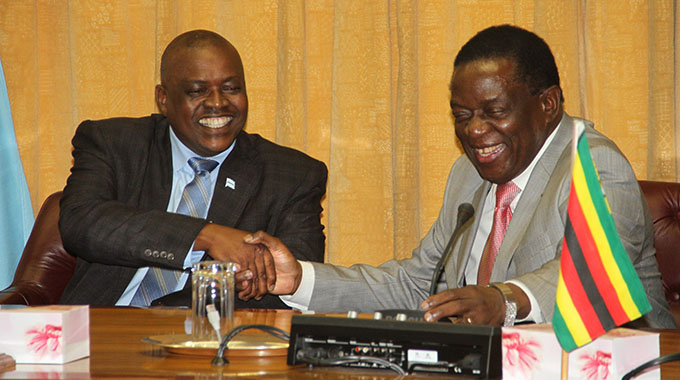 President Masisi said the meeting also discussed issues of collaboration between the ruling political parties of the two countries.

“I came here with a team of three ministers, Minister of International Affairs and Cooperation Mr Vincent Seretse, Minister of Transport and Communication Mr Kitso Mokaila and the Defence, Justice and Security Mr Shaw Kgathi,” he said.

“Mr Kathi doubles as secretary-general of the ruling Botswana Democratic Party. We, without doubt, also discussed party matters and our commitment to collaborate at party level.”

Zimbabwe became one of the first two countries on the new President’s planned regional tours to introduce himself after being sworn in on April 1 as Botswana’s fifth leader.

President Masisi took over from Mr Seretse Ian Khama, who stepped down after completing his 10-year term. The visit comes as the two neighbouring countries have reset their relations and mutually pledged to strengthen their bilateral ties. The advent of the new political administration led by President Mnangagwa has thawed previously volatile relations between the two neighbours.

Botswana’s immediate-past President Seretse Ian Khama attended President Mnangagwa’s inauguration on November 24 last year. In February, President Mnangagwa was in Botswana for his first State visit as Head of State and Government and it was during that visit that the two countries restored sound relations.