Urban transport a nightmare for commuters 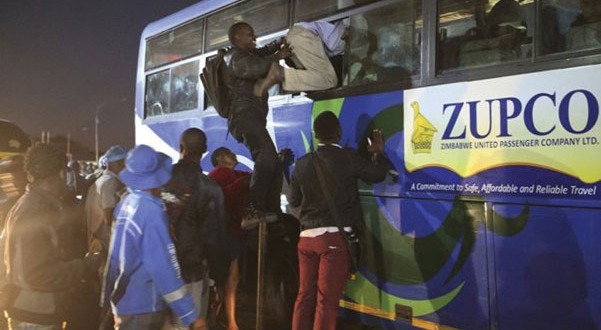 OUR country used to have one of the best urban transport systems to carry workers to and from its vibrant industries — the Zimbabwe United Passenger Company (Zupco).

Workers used to pay half the fare during working days and the government would pay the remainder. That was before the country attained independence in 1980. This continued for some years into the 1990s.

Goods were efficiently transported by the National Railways of Zimbabwe (NRZ) which was the second biggest employer after the government. NRZ finished its electrification project soon after independence. It had its passenger section which catered for inter-city commuters

In the air, the Zimbabwe bird and the national flag were carried by Air Zimbabwe. Travelling was great.

It’s now all water under the bridge. These things are now only found in old newspapers and history books.

Travelling became a pain during the 2000s when going to work became a hassle. Most people reached their workplaces just before noon and the same after knocking off — they got home shortly before midnight. A lot of production time was lost. Private commuter omnibuses were introduced, whose drivers were not trained to deal with passengers or the importance of good driving habits. Road accidents increased.  The roads became a jungle.

It was just after dollarisation that Zimbabweans  started buying reconditioned Japanese cars which the government taxed heavily.

Travelling to and from work improved and most people’s lives improved — which the government must have been proud of.

But it was not to be for a long time as this created a loophole for the police to make money from drivers.

Imagine if these people did not buy cars, where would we be? It would have been a nightmare to go to work! Imagine if they all developed a phobia for roadblocks? Many people would not go to work given the public transport system we had those days.