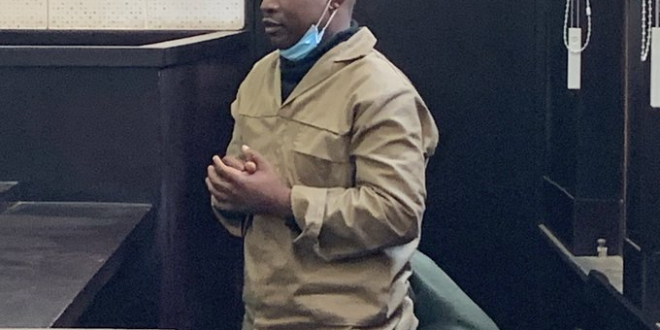 BY MIRIAM MANGWAYA
STATE prosecutors have submitted an application for the court to revoke bail granted to incarcerated Harare mayor Jacob Mafume on the basis that he violated his bail conditions by interfering with witnesses.

Mafume is in custody on allegations of attempting to bribe a key witness in another matter which he was on bail.

He had been released on $30000 bail at the High Court for illegal parceling out of land charges, a few days before he was arrested for obstructing or defeating the course of justice.

Prosecutor Lancelot Mutsokoti told Magistrate Ngoni Nduna that Mafume willfully violated the court order by interfering with Edgar Dzehonye, whom he knew was a key witness in his matter.

Mafume is being represented by lawyers Tendai Biti and Tonderai Batasara.

Hearing is in progress at the Harare Magistrates’ Court.