US to intensify sanctions on Zim 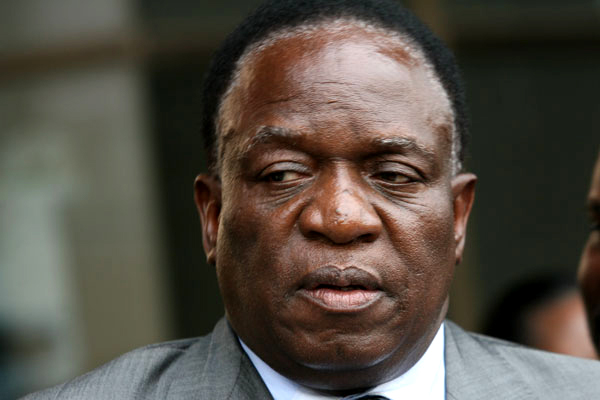 Source: US to intensify sanctions on Zim – The Zimbabwe Independent July 27, 2018

THE United States Senate and Congress have passed the Zimbabwe Democracy and Economic Recovery Amendment Act (ZIDERA) sanctions amendment Bill (S. 2779), energised at the behest of the opposition’s request early this year to have sanctions retained on President Emmerson Mnangagwa’s government to compel them to institute electoral reforms ahead of Monday’s poll.

Zimbabwe will now be under a new set of US sanctions after President Donald Trump signs it into law.

The MDC, led by Nelson Chamisa, Tendai Biti and Welshman Ncube, called for sanctions to remain in place until after elections early this year at a time Mnangagwa was on a global drive to attract foreign investment.

The US Senate says Zimbabwe should be viewed with cautious optimism as both Mnangagwa and Chamisa had showed signs of commitment towards a free and fair election.

“However, reports of voter intimidation, efforts to politicise food aid and increased military presence in rural polling stations are deeply concerning. The people of Zimbabwe, as well as the international community, remember the horrific violence that occurred during the 2008 elections. That cannot happen again,” Congressman Ed Royce, who chairs the House Foreign Affairs Committee, said in a statement.

Washington in 2001 imposed restrictions on US support for multilateral financing, followed by targeted sanctions aimed at former President Robert Mugabe and his top lieutenants.
These included travel restrictions, ban on transfers of defence items and services, while support on humanitarian assistance was also cut.

The ZIDERA Amendment Bill, an update of the 2001 law, lays out the US government’s expectations for a free and fair election, as well as steps to achieve key economic reforms.
Part of the US government’s demands is the restoration of the rule of law and ensuring military subordination to the civilian government following last year’s coup that led to Mugabe’s ouster.

“This is an opportunity to chart a dramatic new course for Zimbabwe. We urge the next president to take bold and immediate action to address key governance and economic issues. We stand by the people of Zimbabwe in their efforts to see a more democratic, peaceful and prosperous Zimbabwe,” Royce said.