We have a transitional plan: MDC 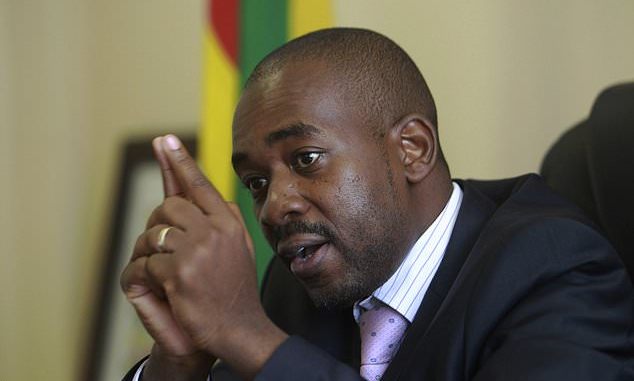 Source: We have a transitional plan: MDC – The Zimbabwe Independent July 27, 2018

The MDC Alliance says it has a strategy to ensure that the country’s security establishment does not torpedo the opposition coalition’s presidential candidate, Nelson Chamisa, from ascending to power in the event he wins Monday’s poll.

Chamisa’s lawyer Advocate Thabani Mpofu told journalists yesterday the opposition would not use the courts to contest the result, but who instead resort to unspecified action.
Fears the security establishment will not allow Chamisa to take over the presidency should he win on Monday have escalated amid reports soldiers have been deployed in rural areas, a move seen as an attempt to intimidate the electorate.

Government maintains the soldiers are there to maintain peace. Mpofu said they feared a transition of power would not be smooth given Zimbabwe’s past history that saw serving military generals vowing to disregard an opposition victory.

“We are not thinking of going to the Constitutional Court. After president Nelson Chamisa has been duly elected, will he be allowed by the security apparatus to take power? It is that question I have come here to answer.

Mpofu said his statements were not inciting violence but were meant to protect Monday’s vote, a historic moment for Zimbabwe, the first election after Mugabe was toppled in a military coup last year.

“I’m not inciting anyone and I’m not saying that we will not accept anything other than a win. I am saying there is a matrix that once their vote is cast, it counts. There is something that is in place and you will see it in a couple of days.

Mpofu said his legal team was ready to defend Chamisa’s votes with a transitional framework having already been put in place.

He ruled out any use of violence.

“A transitional framework, one which cannot fail, has also been put in place. To that end, I wish to assure you, on my name and honour that I and our legal team are going to superintend over the imminent smooth transfer of power to the incoming President.

“The necessary assurances from the security apparatus are to hand as they exist as a matter of law. Power will be relinquished. Power will be taken, even though mountains are moved albeit this shall be a peaceful and tranquil process,” Mpofu said.