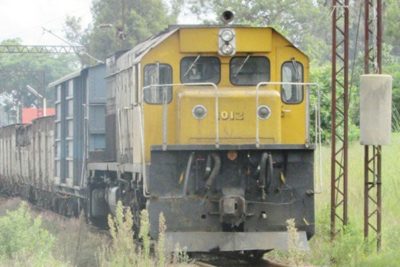 A top National Railways of Zimbabwe (NRZ) official has been accused of misappropriating US$23 million in what insiders say could be a glimpse of the financial rot at the struggling parastatal.

Documents in the possession of The Standard show that auditors had discovered that acting finance director Mthandazo Mlotshwa could have “helped himself” to US$22 800 192,45 that was found to be “hanging” in the NRZ accounts.

A report, prepared for acting NRZ general manager Joseph Mashika by the parastatal’s finance department, says it was discovered that the money represented what was described as a “non-existent asset”.

“Some time in 2019, whilst reviewing the work done by the year end team in preparation for the 2018 financial statements audit, we discovered that there were two amounts hived in the general ledger 197000 and 197001,” reads part of the report.

“Closer scrutiny revealed that these amounts were carried as an asset (receivable).”

However, there were no subsidiary ledgers for the individual debtors, which were created in the SAP system (NRZ’s system of accounting).

The report says an investigation showed that the entry was “made by Mr Mlotshwa sometime in 2014 on the migration to the SAP system”.

Instead of keeping the ledgers in an accessible area for all officials in the accounts department, Mlotshwa allegedly stored them on his laptop.

“At the time, we were having external auditors, we then advised the team to search for the information, which could remedy the situation.

“The data is nowhere to be found. We would like to bring to your attention that there is an amount of US$22 800 192,45, which is ‘hanging’ in the books representing an asset, which is non-existent.

“It is sad to note that over the years 2014 to date, the NRZ has been facing financial challenges whilst someone, for reasons best known to them, has been concealing such an amount,” added the confidential memo to Mashika.

Mlotshwa is also accused of manipulating a tender for the procurement of vehicles for the company’s top management.

Documents show that the NRZ flighted a tender for the supply of four vehicles, one state-of-the-art Toyota Landcruiser vehicle for former general manager Lewis Mukwada and three Toyota Fortuner vehicles for the other directors.

The tender was awarded to Nissan Clover Leaf Motors, which supplied three vehicles for $588 173,88.

Payments for the vehicles were, however, sent to Faramatsi, an agent of Toyota South Africa. Auditors said the variation of the tender raised eyebrows.

“This represents a variation (in prices) of 43% of the agreed tender price.

“It must be noted that the NRZ is still to pay for the duties of the two vehicles, this will have an effect of further increasing the purchase price variance.”

Maravanyika said the NRZ board was investigating the matter.

“As we speak, the board is acting in a vigorous manner to carry out the mandate given to it by the government and all I can say is that the board is seized with this and other matters such as space barons that had been milking the NRZ of resources,” he said.