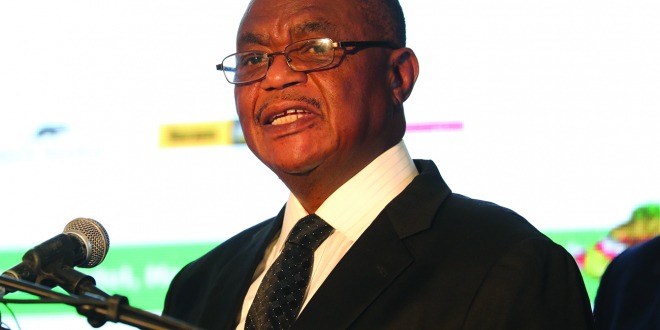 ALLAN Moyo, a University of Zimbabwe student, has filed an urgent chamber application at the High Court seeking an order to compel the Zimbabwe Prisons and Correctional Services (ZPCS) to provide the necessary sanitary ware to inmates to protect them against COVID-19.

Moyo, who is being accused of calling for a revolt against President Emmerson Mnangagwa, has spent more than 40 days in remand prison after being denied bail at the magistrates courts.

His bail hearing is still pending at the High Court.

The student, who is represented by Gift Mtisi of the Zimbabwe Lawyers for Human Rights, wants the Justice, Legal and Parliamentary Affairs minister Ziyambi Ziyambi, the first respondent, to issue a directive for the provision of necessities in adherence to the COVID-19 precautionary measures and regulations in prisons.

He wants the ZPCS, cited as the second respondent, to provide face masks, sanitisers, and temperature check facilities in all prisons.

He is also demanding decongestion of prisons and that ZPCS provides adequate transport which enables social distancing for inmates.

He argued that Ziyambi had failed to put in place measures in prisons to ensure there is compliance with COVID-19 protocols in cells.

Moyo also wants the minister to issue a report on steps he intends to take to ensure there is provision of the necessities in the remand prisons within 24 hours of the order.

He argued that failure by the ZPCS to provide such requirements to prisoners was a violation of their fundamental rights.

“The applicant (Moyo) and all prisoners detained in all prisons are entitled to the right to human dignity, the right to equal protection of the law and the right to healthcare services,” Moyo stated in the court papers. “The Public Health (COVID-19 Prevention, Containment and Treatment) Order applies with equal force to all prisons, including those at Harare Remand Prison.”

The Vice-President and Health and Child Care minister Constantino Chiwenga and ZPCS Commissioner-General Moses Chihobvu were also cited as respondents in the matter.

His application was filed at a time several inmates at the Harare Remand Prison have complained in court against poor sanitary conditions in cells which they said exposed them to the coronavirus.

Human rights activists have also expressed concern over overpopulation in Zimbabwe prisons which makes it difficult to adhere to Word Health Organisation COVID-19 guidelines such as social distancing.

In October last year, the Zimbabwe Human Rights NGO Forum and a former inmate, Taurai Mbewe approached the High Court seeking an order to compel Treasury to release funds for the construction of better prison facilities.

In another matter last year, High Court judge Justice Siyabona Musithu ordered ZPCS to improve healthcare services for inmates and also to supply 60 litres of water daily to every prisoner to curb the spread of water-borne diseases in cells.