Zimbabwe’s minister of foreign affairs and international trade, Sibusiso Busi Moyo, has died, the office of the president said on Wednesday. The cause was complications related to Covid-19. Mr. Moyo became the fourth high-ranking official in Zimbabwe to succumb to the virus since the start of the pandemic.

“The late minister succumbed to Covid-19 at a local hospital,” read a short statement from President Emmerson Mnangagwa’s office, giving no further detail.

Mr. Moyo, 58, became famous as the face of the military coup that ended former President Robert Mugabe’s nearly-four decade rule in 2017. He was at the time a major general in the Zimbabwean armed forces. 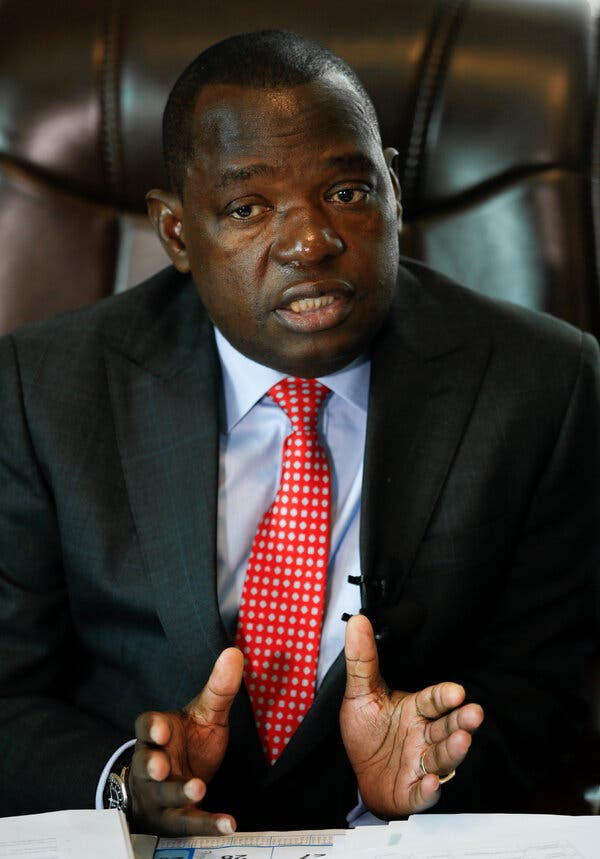 “We wish to make it abundantly clear that this is not a military takeover of government,” Mr. Moyo said on state television, reading a statement after the military commandeered the national broadcaster. “What the Zimbabwean Defense Force is doing is to pacify a degenerating a political, social and economic situation.”

After the election of Mr. Mnangagwa in 2018, Mr. Moyo swapped military fatigues for a suit and a scarf in the colors of the Zimbabwean flag, retiring as a lieutenant general and joining Mr. Mnangagwa’s cabinet alongside other military leaders.

In this new role, much of his work centered on reviving Zimbabwe’s battered international image. Mr. Moyo often criticized sanctions imposed on Zimbabwe’s new elite by the international community. In one of his last tweets, Mr. Moyo took aim at the United States after the Jan. 6 riots on Capitol Hill, which he described as “unprecedented scenes of chaos and politically-motivated violence in Washington’s ‘citadel of democracy.’”

“Perhaps the moralizing and prescriptive tone towards others might now change somewhat,” he tweeted on Jan. 9.

Within the ruling Zanu-PF, Mr. Moyo represented the influential military faction who cemented their political power in the new dispensation.

Mr. Moyo was born in 1961 in Mberengwa, a rural district in central Zimbabwe. He is survived by his wife, Justice Loice Matanda-Moyo, a judge on the High Court in Zimbabwe and the chair of the Zimbabwe Anti-Corruption Commission, and their two children. (An earlier version of this article misstated the year of Mr. Moyo’s birth.)

The southern African nation has seen a spike in Covid-19 cases and deaths since the start of this year, with the Health Ministry on Tuesday recording 52 deaths and 783 new infections in 24 hours, forcing officials to impose a new lockdown, shuttering businesses and imposing a curfew. Zimbabwe has recorded a total of 28,675 cases and 825 deaths and since the start of the pandemic.