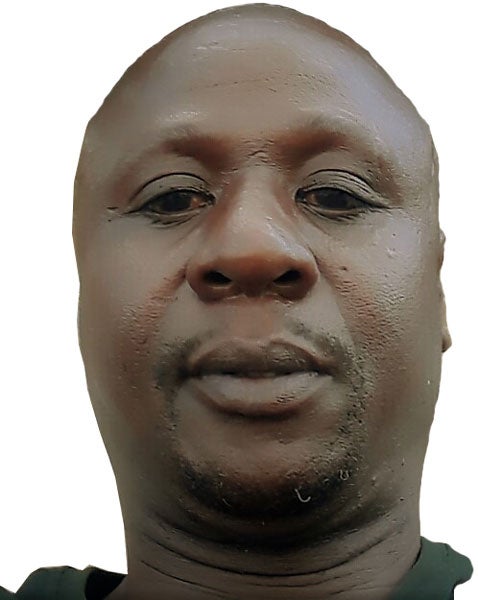 There’s a big, big omen of nasty things to come. The Zanu PF government wants to revive the Green Bombers.

You will remember the youth training programme at the turn of the new millennium.

It churned out these notorious militia — the Green Bombers or Border Gezi youths.

The programme was sold as a noble intervention to induce patriotism among our youths.

The truth was, as you know, on the other side of the pole.

They became infamous for political violence, maiming and killing opponents and critics of the ruling party and government with impunity.

Thousands upon thousands of them were sneaked onto the government payroll when they were no longer useful as terror mongers.

There was little evidence that they ever saw the door of a classroom, though.

Recruiting them, fraudulently, was a way of pacifying the acutely jobless and hapless youths when it became improper to be beating up innocent civilians, killing, raping and robbing them.

Now, they are set for a gruesome return. We have elections coming up in 2023, if they ever come.

A lot is at stake there because people are angry with the sitting government and are bound to get really, really naughty with the ballots.

And you are bound to have many of them out in the streets, threatening the Zanu PF hold on power.

So, there is need to get the youth militia out in full force, teaching people how to be patriotic.

But there is another trend that you need to worry about.

This is a growing brigade of sewer rats that the ruling party is deploying mainly through the internet to harass, intimidate and persecute innocent civilians, the political opposition, civil society, human rights defenders and a cocktail of other perceived enemies.

These are mostly unemployed hooligans, who will do anything to get the next dollar for a bottle of kirango or musombodiya, the cheap but vicious brews that the jobless hooligans use to soak their never-ending sorrows.

You see them in swarms at the drinking places, always asking you for money and smoking stacks of weed.

A good number of these hobos are quite schooled. In this platoon, you get young chaps with university degrees that they can’t use anywhere.

In the run-up to the 2013 elections, Zanu PF promised them two million jobs.

But hardly any job has been created since then, and thousands of graduates have joined the long-winding queue of job-seekers.

In some cases, these hobos are given targets to molest and issues to troll around by their masters in government and around.

They also work in close collaboration with chaps at the Zanu PF headquarters.

Some of the guys, who are now deployed to the party’s communication and security departments, are well-known varakashi.

Call them the internet Green Bombers if you like.

For a measure, you have some senior government officials, who are both trolls and instigators of internet trolling.

They sponsor the varakashi with slimy ideas, promises of a good life, and small coins to buy cheap beer.

Quite disturbingly, a good number of journalists are used as online trolls.

These ones, like the majority of the other digital terrorists, use pseudonyms, never wanting the world to know their true identities.

But you can’t hide forever, so they get to be known at one time or another.

Besides being internet touts, you find these militias offline.

They are mobilised and deployed to meetings and gatherings that the paranoid post-Mugabe administration is not comfortable with.

There, they disrupt the meetings, harass the delegates and even physically beat them up.

So you have this band of terrorists that is both online and offline.

They choose their targets and topics to focus on.

When they attack you, they never concentrate on real issues.

Instead, they go for personalities.

They dig up all sorts of useless things to say about you.

In some cases, you can tell that they are getting the stuff from some people out there, who do regular surveillance on the targets from the media, civil society, the opposition and all sorts of other places that are habitually seen as regime change bases.

So, you see the big strategy that they use here?

It’s called fallacy in the science of reasoning.

They divert attention from serious conversations and messages by attacking the messenger, and, in almost all the cases, they lie a lot about the messenger.

This is a form of character assassination meant to divert attention from real issues.

Put otherwise, the messages they post on those social media platforms are a form of crude propaganda designed to create false truths.

That makes them even more dangerous to innocent folk.

This is a political mechanism that the ruling party is so much good at it.

They bleach your mind for your poverty, and they repeat the bleaching so regularly.

This is easy to achieve.

There is a deliberate strategy to impoverish the youth and other sections of the population.

Ruling over poor people is good for political self-preservation.

The people are weak, so you can turn them in any direction you want.

They can’t flee on empty stomachs, so they have no choice, but to grovel before you for those crumbs and leftovers.

You can manipulate them with ease. And they end believing whatever you say and make them do. That includes the varakashi.

If you haven’t come across the varakashi yet, no worries.

They are easy to recognise.

Their language is so full of hate and they major in minors.

It’s like they are all born of the same woman because their messages always echo the Zanu PF propaganda, sooner or later.

China is right and the US is always wrong.

Every person who criticises the government is an agent of regime change.

Every journalist who writes against Zanu PF and the government is sponsored by the West and is looking for money.

He or she has a “hidden” political agenda.

These online and offline trolls bring all sorts of bad things.

They engender fear in their targets, and this is pretty what their masters want.

They give you this spooky feeling that you are being watched and tailed, ready for the braai.

Of course, they have turned noble platforms like Twitter into an idiots’ playing ground, but worse, they are a big, jarring noise.

And what they do takes away a number of your constitutional rights.

If they do it offline like they have been doing in the past, they are undermining your freedom of assembly and association.

They come and chase you away and won’t allow you to gather to talk about pressing national or local issues.

By frequently crowding you out on the internet, they are seeking to take away freedom of expression and the media.

And, when they have done what they do, what suffers most is access to information.