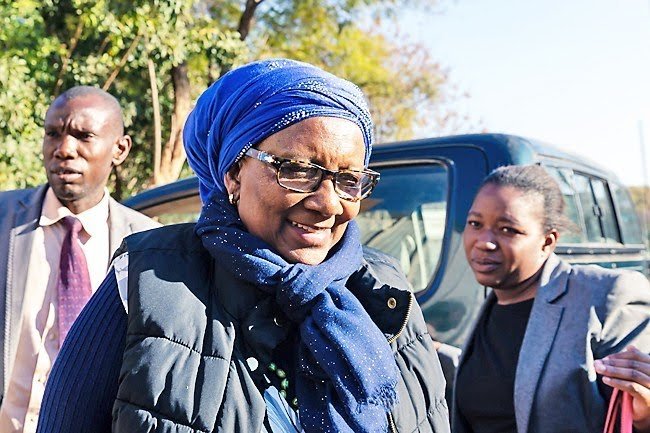 BY MIRIAM MANGWAYA
A WITNESS in the on-going trial of former Public Service minister Priscah Mupfumira has been slapped with a US$2 million defamation lawsuit by former National Social Security Authority (Nssa) chairperson Robin Vela after she dragged him into the case.

Mupfumira is accused of flouting procurement procedures in a tender involving Drawcard, a company engaged to construct housing units on behalf of the National Building Society when she was Public Service minister. She is out on bail.

The witness, Memory Mukondomi, a former director of finance and administration in the Public Service ministry, had initially implicated Mupfumira at her first appearance before Harare magistrate Ngoni Nduna.

But under cross-examination last week, Mukondomi alleged that it was, in fact, Vela who forced her to approve the Drawcard Investments deal within 48 hours.

Vela is accusing her of perjury and maliciously implicating him in the matter out of malevolence.

Through his lawyers Chambati Mataka and Makonese Legal Practitioners, Vela wants Mukondomi to retract the statement that he allegedly frog-marched the Nssa board to approve the Drawcard deal without following procedure.

In the letter dated November 15, 2021, Vela accused Mukondomi of being an incompetent board member during her stint at Nssa.

He is demanding that Mukondomi retracts her statement to the court or pay US$2 million for defaming him.

“On what basis do you assert that our client (Vela) foisted a decision on the entire Nssa board? What kind of pressure was brought to bear on an entire board composed of adult persons to approve allegedly questionable transactions?” querried Vela’s lawyers.

They said the minutes to prove that Mukondomi was lying were available.

“Specifically, on what basis did our client give anyone 48 hours to complete an ultimatum?” Vela’s lawyers further asked.

Vela said he was also consulting senior lawyers on the possibility of laying criminal charges against Mukondomi as “a witness who lies under oath”.

Mukondomi is yet to respond.