‘Perennial water shortages in Byo not a crisis, but governance issue’ 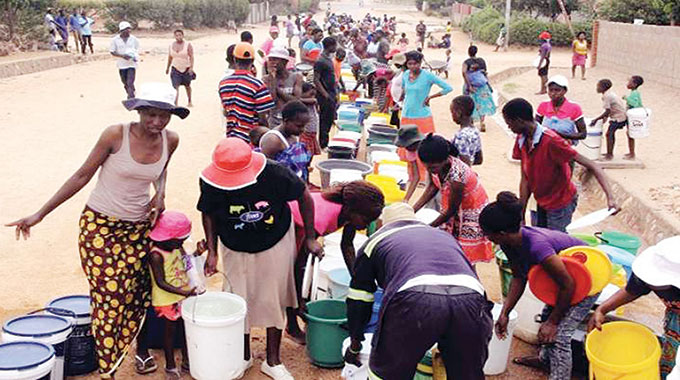 BY NIZBERT MOYO
THE Matabeleland Institute for Human Rights (MIHR) has claimed that Bulawayo’s perennial water problems are a governance issue as various institutions involved in the pumping of water were failing to work together.

Its statement comes at a time when the Bulawayo City Council (BCC) has blamed the water shortages in the city on power outages and system failure at waterworks that feed Bulawayo.

MIHR maintains that Zesa Holdings, the Zimbabwe National Water Authority (Zinwa) and BCC have been failing to properly co-ordinate water provision services to the city.

Last week, town clerk Christopher Dube said BCC would re-introduce a 48-hour water-shedding schedule in order to deal with water shortages that were being caused by power cuts.

Zinwa also issued a statement blaming high temperatures and heavy use by farmers and local authorities for the water crisis.

“The issue of access to water in Bulawayo is a governance issue, not only in Bulawayo, but in Zimbabwe. In Bulawayo, when the dams started filling up, we were told that the low water supplies were due to pipe bursts, but now they are blaming Zesa. This means that the various institutions are not co-ordinating well,” MIHR co-ordinator Khumbulani Maphosa told Southern Eye yesterday.

“Governance is about how things are managed, and if these institutions are not properly managed, then council will experience power cuts from Zesa, resulting in water cuts, and the whole issue is about the governance nexus, it is not a water crisis.”

Zinwa spokesperson Marjorie Munyonga this week said Bulawayo supply dams were 60,6% full, which is higher than the 47,1% normally recorded during this period.

“Dams in Bulawayo are currently holding enough water to last 14,8 months with normal demand,’’ she said.