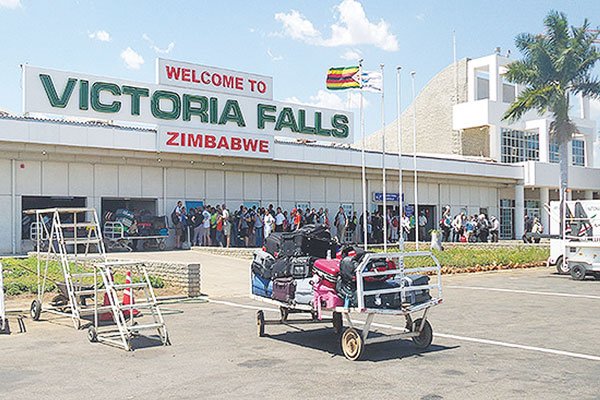 THE resort town of Victoria Falls is inundated with inquiries from Zimbabwe’s major tourism source markets keen on directly investing into the tourism sector, an industry official has said.

“We have realised people from our source markets are now making applications to invest in the country. Quite a lot of people from UK, the United States of America, Australia among others, are making so many inquiries about directly investing into the country,” Mkwasi said.

Mkwasi said the industry in Victoria Falls was picking up, with most of the hotels currently fully booked.

“As things are at the moment, you might not find accommodation. Almost everyone is full this time. It’s seriously picking up. If you fail to book for Christmas now, you won’t be able to come here in December. The best thing is for people to book now to secure their accommodation,” he said.

According to the Finance ministry’s fiscal policy and advisory services department update, Victoria Falls recorded an average occupancy of 44% in March 2018 up from 37% in January 2018 and the highest in the last five years.

The growth was attributed to international arrivals, with 75% of the occupancies in the resort town being foreign tourists, who are largely business and leisure tourists.

“Zimbabwe has been on the map for a long time, but this time around that Operation Restore Legacy which took place in November, it actually sold Zimbabwe more,” he said.

“And then the elections that came through without violence, they also contributed in a very big way to Zimbabwe’s name being actually promoted out there. In previous years, we knew that whenever there were elections, they would be travel warnings and travel bans,” he said.

But, contrary to Mkwasi’s claims that the elections were non-violent, just recently after the July 30 harmonised elections, the army was deployed to quell an MDC Alliance protest over Zimbabwe Electoral Commission’s delay in announcing presidential poll results.

During the process, the army fired live ammunition, resulting in seven people losing their lives and many injured.

“Of course, we know Zidera (Zimbabwe Democracy and Economic Recovery), but they have not said any negative statement that actually sways tourists from coming to Zimbabwe. So that alone has led to an influx of tourists coming in.”

Mkwasi said the figures they were having in Victoria Falls were comparable to the 1999 figures.

“When you talk of the general number of people who are employed in the industry currently, whether they are on contract or whatever base, versus the people who were employed in 1999, that gives you an indication of how busy the destination is,” he said.