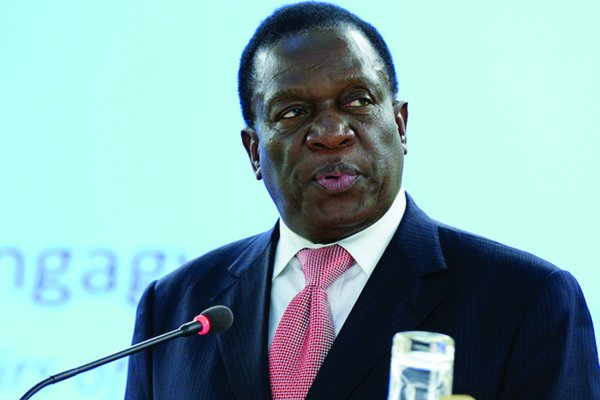 AFTER 17 years in splendid isolation and under the agonising Zimbabwe Democracy and Economic Recovery Act (Zidera) (S 494) of 2001, passed by the United States Congress, the effects thereof have been blamed for throwing this country into economic dysfunctionality.

Zimbabwe this year had a chance to convince the US to repeal the Act through fulfilling a simple task of holding a free, credible election and uphold human rights.

The reasons why the Act was passed in the first place were primarily to force Zimbabwe to restore the rule of law, including respect for ownership and title to property, freedom of speech and association.

After inviting international observers to monitor the just-ended elections, which he widely parroted as free and fair, President-elect Emmerson Mnangagwa then dismally failed to meet his own standards right in the glare of the same observers.

The election period clearly displayed signs of subtle intimidation of opposition political party supporters, together with cases of both overt and covert violence, practices which have and will continue to justify the existence of Zidera.

The US was clearly annoyed by this given the statements passed by one of its Senators, Chris Coons, during the pre and post-election period.

The final nail on the coffin came on August 1 when the government deployed the army onto the streets to quash a demonstration by suspected opposition political party supporters, in the process fatally shooting seven innocent citizens.

Zimbabwe had unarmed simple task of proving that it had departed from ex-President Robert Mugabe’s tyrannical rule, and be accepted by economically-abled nations.

Beyond any reasonable doubt, the country failed the credibility test and apparently some politicians of the current establishment, out of arrogance are refusing to accept this fact, and as such, the country remains incapacitated to access the capital powerhouses of the world because of the influence that America which passed Zidera has.

With US President Donald Trump having signed Zidera into law for an extended period until Zimbabwe learns the hard lesson, it is now clear that the country is back to December 21, 2001 when President George Bush signed for the first time this Bill into law.

What the politicians should bear in mind is the fact that US is under the leadership of the Republicans at the moment and it was the same Republicans whose senators in 2001 passed Zidera signed into law.

This should have been a warning shot to Mnangagwa and his team that indeed the country was in for a big test which any form of deception and pretence could not overcome, but unfortunately perhaps out of naivety or arrogance, this was ignored.

The usual order has been restored and Zanu PF is again blaming opposition leaders for advocating for the sanctions which affect the ordinary men on the streets, while turning a blind eye to the need to implement real socio-political reform in order to have sanctions removed.

It’s now time for the country to learn a lesson and it’s also time for the person who shall be inaugurated as the next President to know that Zidera will remain in place until a clear commitment and demonstration in deed is displayed by the country holding a free, fair and credible election which is not marred by gross human rights violations.

The US remains a superpower whose endorsement, the country requires in order to gain full access to lucrative lines of credit and co-operation with its allies, including countries constituting the European Union.