HARARE – The spirit medium of Nehanda Nyakasikana, Charwe, who was executed by British settlers in 1898 for her role in resisting colonial occupation, has captured the national imagination, but not with the reverence that government had hoped for. 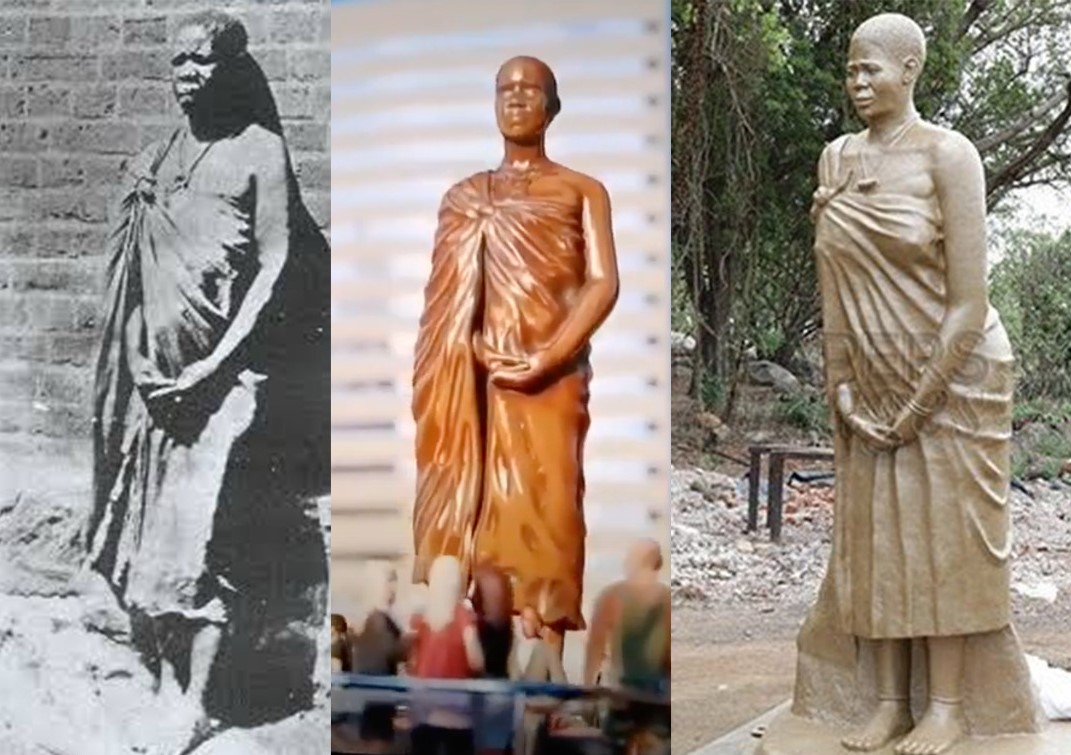 It was such a simple plan. Invoking tradition in the hope that appeals to the ancestors would bring about an economic upturn, cabinet earlier this year commissioned a statue of the medium, known in history books as Mbuya Nehanda.

The statue is to be installed in Harare’s CBD, at a spot where, according to the government, the medium liked to drink water, never mind that she had to walk all the way from Mazowe, passing several rivers and streams just to take refreshment at what is now the corner of Julius Nyerere and Nelson Mandela.

The statue was seen for the first time on Tuesday and immediately went viral after President Mnangagwa visited the workshop where it was cast by local artist David Mutasa – and with reason. This was not the thin, dour, elderly-looking Charwe of the history books, who certainly had every reason to look unhappy, given that the only known image of her was captured just before her death by hanging.

Social media was yesterday riveted by what they saw as the artist’s bawdy interpretation of the revered spiritual leader. This Charwe had a perky, pointy bosom, and a backside that would be the envy of the best derrière-enhancing plastic surgeon in Brazil. Indeed, while delighting in the “tint” in her short hair, some commented that the only thing missing from the Nehanda “socialite, Slay Queen statue” was a shoulder-length Brazilian weave. A Nehanda Challenge has now taken off, with women posting side-by-side comparisons of the statue with their own assets.

But it has not been all light-hearted banter. The statue has been condemned as “occultic” by some Christian leaders, including businessman and pastor Shingi Munyeza, who remains presidential advisor despite a now-strained relationship with the Mnangagwa government.

Mnangagwa yesterday defended the statue against accusations by some Christians that the statue is an occultic idol, saying they were “brainwashed” and hypocritical as it was no different to the cross on rosaries worn by Catholics. “Even Jesus said honour your mother and father, that your days may be many,” Mnangagwa said.

Public art is clearly not government’s strong suit: they have clearly have not learned from the Mugabe statue debacle, which saw the former president portrayed by sculptor Dominic Benhura as a long thin, cartoon character in danger of toppling to one side from his own height.

Many on social media will hope that the Nehanda statue brings no new lessons, if only so that they can have fun at the expense of government’s next effort.