At the last meeting of the MDC Alliance Standing Committee on 10 March 2020 I put to Komichi & Mwonzora the entire ZANUPF strategy on the Khupe case & their respective roles in that strategy. Their denials of both the ZANUPF strategy and their roles thereto were vehement. 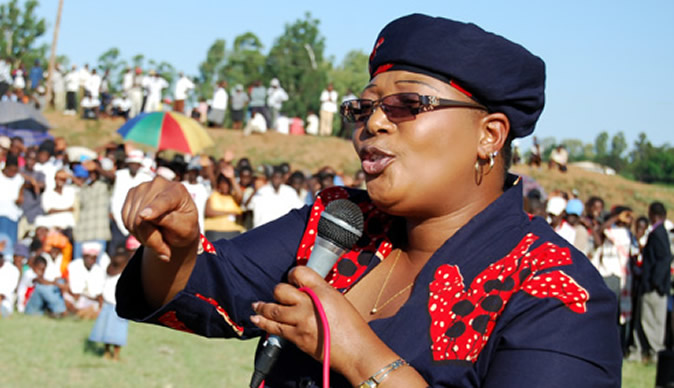 I ended the debate by telling them that while we had no choice but to give them the benefit of the doubt on the day of the handing down of the judgement we will know the truth. Today we know.

I also told them that the MDC- Alliance had already held its Congress and would not hold another one and that the leadership elected at Congress was not negotiable & would never be determined by courts of law but only by the members of the party. That was true on that day as it is true today.

Legally, the MDC Alliance was not before the court and cannot be bound by a judgement to which it is not a party and which in any event is not directed at it. Politically, the people always decide. Period.

It clearly states that Thokozani Khupe is the legitimate leader of the MDC T upon the demise of its founder Morgan Tsvangirai.

I agree with the judges there and on the ground Thokozani Khupe registered her MDC T party few years ago and she went on to contest in elections in that name.

So the two ，MDC T and MDC Alliance are different entities and one who (Khupe in this case) has a claim to ownership of the MDC T will not necesarily be able to have a claim of the MDC Alliance too.

On the issue of properties，that is not an issue at all because from my understanding， the MDC T （which Khupe was given by court) and the MDC Alliance ( which Chamisa leads ) are very poor parties which do not have any substantial amount of property，the Harvest House currently housing Chamisa’s MDC Alliance do not belong to either of them but is property being let to them by a well wisher who invariably has the right to decide who is to occupy it and whom l understand has been allowing Chamisa occupation of the building since his ascendancy to power of the said party.

We are yet to see how Khupe and Co are yet to frog march Chamisa’s over two million supporters to offer her allegiance given the fact that in the just held general elections， she got zero comma five percentum of the registerd electorate.

Khupe cannot also access the MDC Alliance’s yearly allotment from the State under the Political Funds Act because it is only entitled to the MDC Alliance whose ticket upon which its MPs and Senators were elected unto parliament，so on that issue ，there is no complication.

There was going to be disaster if Chamisa had contested in the name MDC T，we thank the Gods who enlightened Chamisa and Co to register there party under the Alliance banner.Under the current state of authoritarian governance by the Zimbabwe government whereby courts are armtwisted to interfere with private affairs of private organisations，Chamisa and Co can now only retreat unto the safety of thr umbrella of the MDC Alliance thereby rendering Zanu’s evil overtures infertile .

At the moment there is nothing which can stop Khupe from holding an MDC T conference as was ordered by the court so as to elect herself MDC T president again， which she did in 20l8 and those willing to attend the conference are free to，l would wish to see Chamisa’s over two million supporters (including me) and the MDC Alliance top members and National Executive Council heeding Khupe’s call and hurriedly march en mass to attend the conference to submit themselves before Khupe， leaving Chamisa in the cold，BUILDING CASTLES IN THE AIR!!!