WATCH: Stung by criticism, Mnangagwa hits back at Mugabe 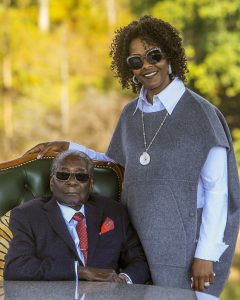 Earlier, Mugabe told a press briefing he would not vote for his tormentors and described Mnangagwa as “a hard worker” but one who was “not always honest” and given to believe in spirit mediums.

Stung by the criticism, Mnangagwa responded via social media.

In a video clip, the incumbent who ascended to power after intervention by the military declared: “Now that it’s clear to all, that Chamisa has forged a deal with Mugabe, we can no longer believe that his intentions are to transform Zimbabwe and rebuild our nation”.

Mnangagwa added: “The choice is clear, you either vote for Mugabe under the guise of Chamisa, or you vote for a new Zimbabwe under my leadership and Zanu-PF. Real change is coming. We should all be part of it.”

Mugabe has also been linked to the new National Patriotic Front (NPF), which is led by brigadier general Ambrose Mutinhiri – a Zanu-PF defector.

“Nine soldiers who guarded the premises were immediately removed after the presser, but not before they vandalised the house they were using,” Mawarire tweeted.

Meanwhile, the Zimbabwe Electoral Commission has laid a complaint with the police alleging that Chamisa’s comments on Saturday saying a Zanu-PF victory would be “fiction” was a breach of election laws.

The polls open on Monday at 7 am and close at 7 pm. About 10 000 polling booths across the country will be monitored by 71 000 policemen and scores of foreign observers.