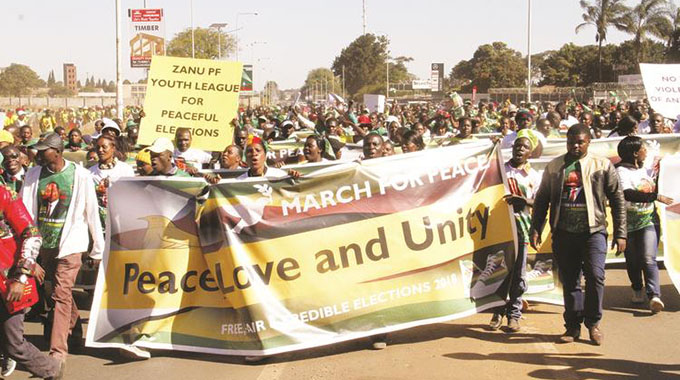 Felex Share Senior Reporter
Zanu-PF youths yesterday said they will silence the Nelson Chamisa-led MDC Alliance once and for all at the ballot paper on July 30 when the country goes for harmonised elections.

The youths said demands being pushed by the MDC Alliance against the Zimbabwe Electoral Commission (ZEC) were a waste of time as opposition legislators missed an opportunity to effect changes to the Electoral Act when they were in Parliament.

zanu-pf youths drawn from Harare yesterday held a solidarity march in the province in support of President Mnangagwa’s call for peaceful and credible elections, stressing that no investor wanted to put his money where there was no peace.

The youths were led by Zanu-PF Youth League Secretary Cde Pupurai Togarepi who was supported by youth provincial chairpersons.

The march, which came a day after the MDC Alliance held a demonstration on Tuesday demanding electoral reforms from Zec, ended without any untoward incident.

In his address, Cde Togarepi said MDC Alliance members had not covered enough ground to ensure victory and were resorting to coming up with flimsy excuses.

“What makes others to attack independent commissions like Zec is because they have not done their homework,” he said.

“For the past five years they were in Parliament, they never talked about Zec and alignment of laws but they were busy enjoying.

“They were once in Government and were given cars and houses and they totally forgot that they were representing a certain position. Some of them are clowns because what they say does not have anything to do with the masses,” said Cde Togarepi.

He added: “It is not our fault that you wasted your time globe-trotting and lying to the people. Those lies will cost you at elections. You are not united and organised and you will be defeated massively. We are going for elections and somebody wants Zec to do the work for them. Zec is an independent body, a neutral referee. We did our work and worked with the people and they are now saying ED has my vote.”

Cde Togarepi said they were ready to defend the revolution in a peaceful manner come July 30. 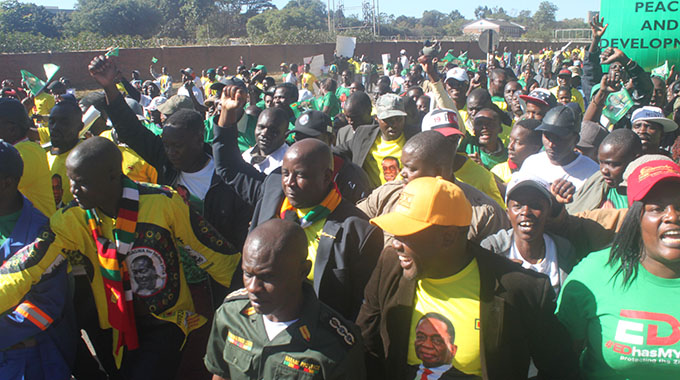 “Let us not commit offences and be there on the election day,” he said.

“We want to defend the revolution without violence. It is a matter of casting your vote and Zanu-PF and President Mnangagwa will be in office. Let’s go out there and mobilise other youths to vote for Zanu-PF.” 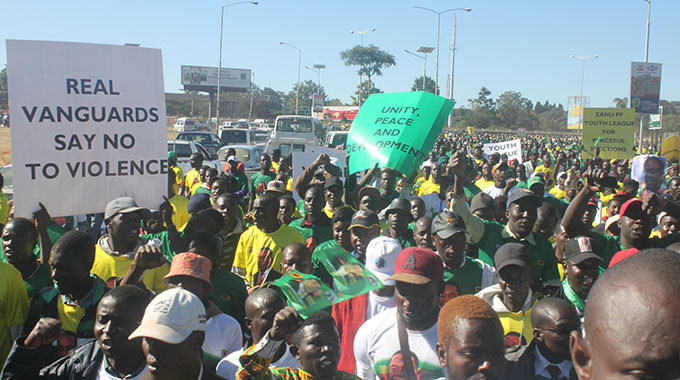 He said youths should emulate President Mnangagwa’s daily calls for peace before, during and after the July harmonised elections.

“We have political elements in this country who believe in chaos, anarchy, intimidation and violence but the President says no to such actions. He needs peaceful elections,” he said. 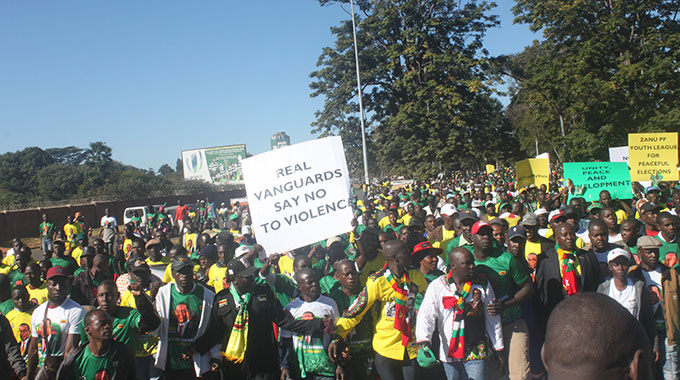 “Don’t retaliate because they want to stop you from voting,” Cde Togarepi said.

“It doesn’t mean we cannot fight but we must choose peace because we are loyal to a party and President who preach peace daily. No investor will come if they hear we are fighting and no one will come if we talk bad about our country. If troubled by anyone report to police.”

The money, he said, should be used for empowerment projects.