What are we worth?

This morning I had breakfast with three friends and we were charged at the rate of 115 to 1 for our food which was priced in US dollars. Later I had coffee with another group of friends and the rate charged was 120 to 1. On the auction that week, the weighted average rate was 84.60 to 1. Exchange rates are important as they determine price levels and the value of our incomes and savings.

Source: What are we worth? – The Zimbabwean 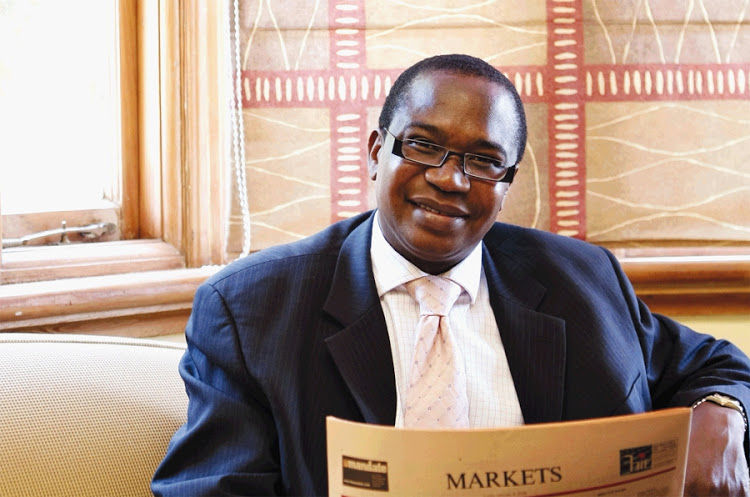 When I first started work in 1957, the rate of exchange for the Rhodesian Pound against the British Pound was 2,5 to 1. My salary as a farm Assistant was small, but I could buy quite a lot, even a small car after 6 months. At Independence in 1980 the local dollar was worth 2 to 1 against the United States dollar and again I could live very well on my salary in local currency which had real value. It was taken for granted that our currency was stronger than the international currencies in which we traded. In fact, we were proud of the fact although I thought as an economist and businessman, that we should rather have a weak currency and build up our reserves of hard currency for a rainy day and to encourage exports.

After Independence we maintained a strong local currency for a long time but gradually the foundations of fiscal prudency and sound State management of our affairs began to undermine the local currency. The crunch came in 1997 when the State paid out Z$3,6 billion to war Veterans and entered the war in the Congo to remove Mabuto and replace him with Kabila. The combined cost to our economy led to an immediate and catastrophic collapse of our exchange rate to 12 to 1. In the following decade we were to see our currency simply go down the tube and by 2008, a billion local dollars could not buy a loaf of bread.

Even today, I do not know how we survived – many did not of course, many famous firms that had operated here for a century, vanished. To survive we had to break the law and trade in hard currency. But the overall effect of that period was that we wiped out over 100 years of savings and value. In 2008 the total value of all the local currency in circulation was a few cents in real money per capita.

On the 17th February 2009, I sat in Parliament as a new Member just elected, and listened to the Minister of Finance dismantle the economy of the past and usher in a new dispensation that was to transform Zimbabwe in the next 4 years. The speech was short – 15 minutes, but its impact was enormous. He allowed us to trade in the currency of our choice, lifted all controls on the exchange rate and on prices and liberalised the marketing of gold. Inflation collapsed.

The problem then was that we were starting to trade very substantially on electronic platforms. The tradition role of the Banks and currency was changing very rapidly. Cheque books vanished, cash transactions declined to a small fraction of the local market. The Reserve Bank printing machines resumed activity after four years of inactivity – not to produce paper money, but electronic money. Suddenly we were wealthy again – Zimbabweans had bank balances worth US$23 billion. Compare that with the paltry US$19 million in January 2009.

But it was not real money, it was mainly air. When Mthuli Ncube took over the chair of Minister of Finance in 2018, he quickly stated the obvious – our RTGS balances were not real money, it was something else and did not, in any way represent the real value of our currency holdings. I said at the time that if you wanted to know whether our currency was worth US dollars at 1 to 1, just take $1000 bond notes to the Reserve Bank and ask for real USD. If you were paid, then in about 5 minutes the queue outside the Bank would stretch to Mbare.

He set the local dollar lose, called it the RTGS Dollar (electronic dollar) and allowed it to float. In June 2020, just two years later, the local currency was trading at 135 to 1. Inflation in local currency, tied almost directly to the exchange rate went to 850 per cent in mid-year. Suddenly we were poor again.

The common expectation at that point was that it was “business as usual” and that the local currency would be at 200 to 1 by the end of the year. However, we had not read the game plan, it was called the Transitional Stabilisation Programme or the TSP. This had been published in August 2018 by the new Government and most of us had dismissed its contents as just another State false vision of where we were going. The reality was very different.

But we were wrong, the new Government implemented the TPS! They balanced the budget, reduced recurrent expenditure and raised taxes. They allowed inflation to devalue our stock of electronic US dollars to more realistic levels and they curbed the printing of money. Someone said they threw away the printing press. Slowly the fundamentals started to assert themselves.

In June 2020, the decision was taken to start a formal market for foreign exchange. The reason for this was the failure of the Banks themselves to do this, the appreciation that at 135 to 1 the local currency was seriously undervalued and the direct correlation between the exchange rate and inflation. The money supply was no longer the cause of our inflation.

The auction had an immediate impact – at the first auction we sold US$15 million with a widespread of bids, rapidly the market settled at 82 to 1, we were right the local currency was worth much more than 135 to 1. Over the next year the turnover on the auction rose to nearly US$2 billion per annum, sales on the interbank market to about US$800 million and transactions for local US dollar bank accounts to US$2,8 billion – all at the indicative rate of 85 to 1. This means that the parallel market had shrunk from almost 100 per cent of trades in the early part of 2020 to perhaps 20 per cent today. Even on that market, the rates strengthened and then declined to where they are today at about 125 to 1.

Debate rages as to what the correct exchange rate is – many arguing that the only real market is the street where you can change money day and night. They claim the auction rate is somehow manipulated. To the extent that the auction-rate is determined by the weekly bids by about 600 companies, they are right. What is now required is for the people holding USD balances to offer them on the auction at a rate they demand. This has happened only three times – right at the start two NGO’s sold US$550 000 on the market at 90 to 1. Just recently a major mining company put US$15 million on the market and accepted the weighted average exchange rate. If this happened, then we could gradually move to a more normal system, where the Banks fix the rate every day on the basis of supply and demand.

Given that we have a small surplus of hard currency on the formal market and maybe a significant surplus when the informal market is included, it is my view that under such conditions the local currency would quickly become overvalued. At that stage I would argue that the Reserve Bank should intervene as a buyer and build up our hard currency reserves. That is exactly what the Asian Tiger economies have done with great success.

But there is no doubt in my mind that we Zimbabweans are now much better off than we were, that what we earn, even though it is less than we want, has real buying power. But even better than that, our economy is now on a sound footing and starting to grow rapidly in real terms. If we stay on course into the future, it is just possible, that we could join that small group of national economies that are now delivering a higher standard of living to their people.

Newer Post
ZLHR statement on 8th anniversary of the constitution
Older Post
Zimbabwe: Food security and agricultural livelihoods in the context of COVID-19 – Monitoring report, May 2021