Who really is in charge?

Source: Who really is in charge? – NewsDay Zimbabwe 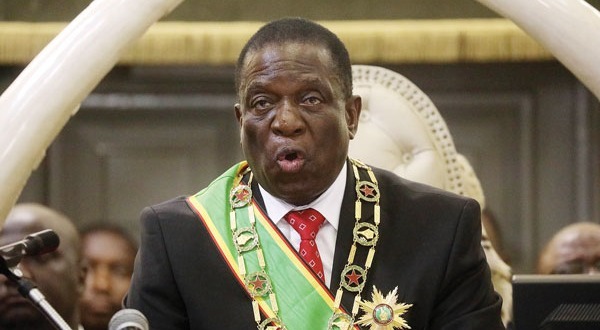 THE happenings in Zimbabwe currently speak of a country in crisis. What is clear is the country is burning but what cannot escape scrutiny is that it appears the country is on autopilot.

The deafening silence on the way forward to end the crisis that has held the country hostage betrays an absentee leadership or paralysis of leadership, giving rise to critics who say the centre no longer holds.
Since last month, the only audible voice has been that of angry workers downing tools and toyi-toying for better salaries and better living conditions.

Nurses, factory workers and civil servants among many others are downing tools because their salaries have become useless in the face of rising prices and the general cost of living. A sharp rise in inflation and a free-falling currency have pushed businesses to increase prices of goods and services every day, akin to the hyperinflation era a decade ago. Wages are failing to keep pace and the market is fast retreating towards the United States dollar as a safer store of value.

All things being equal, such a crisis calls for an authoritative voice of reason to put an end to the smouldering before things get out of hand.

But the situation is already out of hand, although not untenable if those in positions of authority act responsibly. While the situation requires the voice of authorities to lead and show direction, the anger seems to be exacerbated by the silence of those who are supposed to be in charge. The only time they have attempted to speak, they cast blame on somebody else: opposition, diplomats, colleagues and even demons.

Zimbabweans were even subjected to a bizarre spectre — security chiefs and ministers holding an unprecedented Press conference to dispel rumours of a coup against President Emmerson Mnangagwa.

So, questions are being asked: What is happening? Who is in control? How do we get out of this mess? Who makes what decisions?

It would appear that while the workers starve and the populace’s hope slowly fades, the only preoccupation of the men and women in charge is to protect their seats of power at all cost.

As it stands, the country appears to be on a free-fall with corruption the order of the day, while striking workers are becoming a new normal.

Is it Mnangagwa who should show total control? Are the saboteurs in control now such that they are unstoppable in their sabotage?

In the absence of someone taking charge, chaos will prevail to the detriment of all.