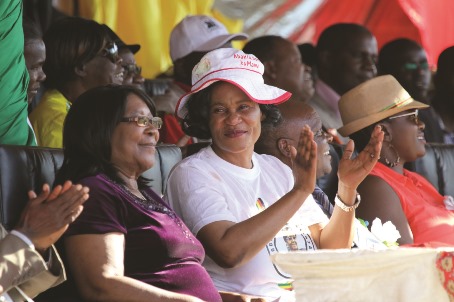 With regards to governance, citizenship participation stresses free
engagements and consultations specifically through democratic mechanisms.
Although the notion of participation has not been without its challenges
it has remained one of the key principles of democratic practices and a
strategic approach towards sustainable development throughout the world.

The increasing popularity of local government as the lowest structure that
provides a strategic avenue for the practice of participatory democracy
has attracted significant attention in our life time.
Broadly, local government administers and plays an oversight role within a
specified geographical area.

An ideal local government should not only be preoccupied with service
delivery but should be concerned with the freedoms and well-being of its
residents.  It should endeavour to establish participatory structures for
the realisation of dialogue and civil engagements.

Overall it is envisaged that local governments should support policies
that lead to sustainable development and promotes activities that
transform citizens’ lives.  It is disappointing to note that women who are
the largest consumers of local government products and services are barely
participating in local government decision making structures.

It needs to be emphasised that women participation in local governance is
a vital precondition of women empowerment, social justice and the
achievement of sustainable good governance processes.

Zimbabwe is a signatory to various global treaties that promote women
participation and domestically the government has enacted policies and
reforms meant to capacitate and empower women.
Following the adoption of the Millennium Development Goals (MDGs) in 2000,
Zimbabwe intended to increase women participation in decision making
structures to a 50:50 ratio with men in 2015.

Paradoxically, despite the adoption of the MDGs and the enactment of
several policy reforms, women remain at the margins of developmental
structures within their communities.  In other words women’s participation
in local government structures remain limited.

Participation of women in local governance should be encouraged since
women are significant players in development, thus through participation
they will be empowered and their empowerment will result in transformed
households and communities.

The sustained exclusion of women who are the majority in our communities
provides a fertile ground for the multiplication of poverty as well as a
perpetuation of underdevelopment.
Shamiso.